The family a Minnesota man who died when an Ethiopian Airlines plane crashed last month has filed a wrongful death lawsuit against Boeing, the manufacturer of the 737 Max aircraft that was involved in the crash and is now being investigated by U.S. prosecutors. 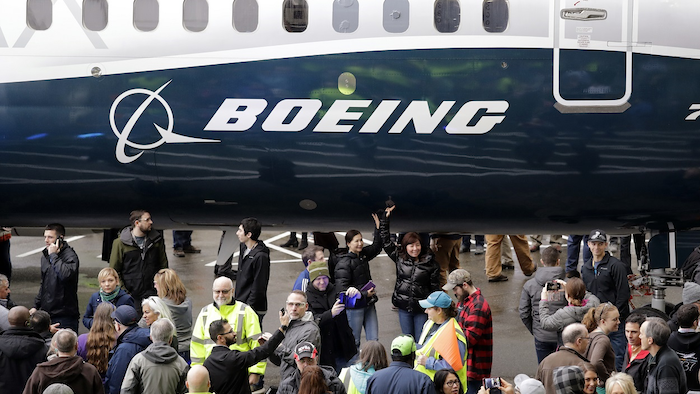 CHICAGO (AP) — The family a Minnesota man who died when an Ethiopian Airlines plane crashed last month has filed a wrongful death lawsuit against Boeing, the manufacturer of the 737 Max aircraft that was involved in the crash and is now being investigated by U.S. prosecutors.

The suit was filed Monday in federal court in Chicago, where Boeing is based, on behalf of the family of Mucaad Hussein Abdalla, of St. Cloud. The lawsuit is the latest complaint in a growing number of claims against Boeing following two 737 Max crashes within six months.

"We miss him dearly," said Abdalla's brother, Hassan Abdi. "He had a long life ahead of him and he was taken away from us too soon."

The suit alleges that Boeing knew or had reason to suspect a malfunction of a new automated anti-stall system known as MCAS. The complaint says the company "actively concealed" the nature of the defects.

Nomaan Husain, one of two Houston lawyers representing Abdalla's family, said the goal of the lawsuit is to obtain answers for his clients and "hold those accountable" for the crash that killed 157 people. The plane crashed on March 10, shortly after taking off from Bole International Airport in Addis Ababa, Ethiopia.

Boeing declined to comment on the lawsuit, but the company has said it is fully cooperating with the investigation and extended its "heartfelt condolences and sympathies" to the families and loved ones of victims.

A similar crash involving the same Boeing model plane crashed into the waters off Indonesia in October, killing all 189 on board.