Federal regulators are expanding an emergency order for airlines to inspect fan blades in the engines of Boeing 737 jets for cracks that indicate wear and tear. 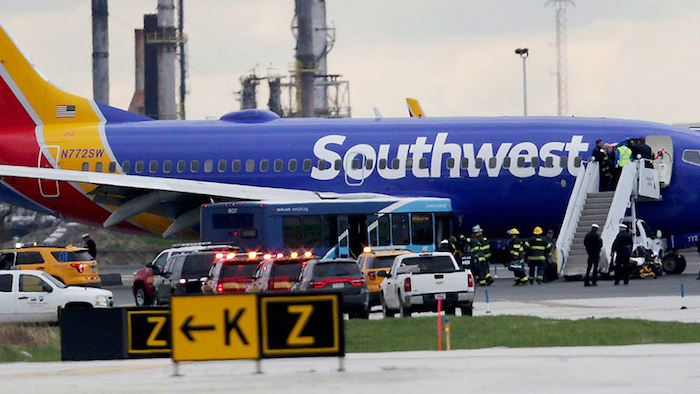 Federal regulators are expanding an emergency order for airlines to inspect fan blades in the engines of Boeing 737 jets for cracks that indicate wear and tear.

The Federal Aviation Administration said Tuesday it will require blades on certain CFM engines be inspected before they hit 20,000 flights. Engines that have reached that milestone must be inspected by around late August.

When engines hit 20,000 "cycles," or flights, the FAA also will require repeat inspections of the blades every 3,000 flights — roughly every 18 to 24 months.

Last month, the FAA required emergency inspections of blades in engines after 30,000 flights.

The FAA plans to publish the order on Wednesday. The agency said that it will affect 3,716 engines — each Boeing 737 has two engines — on U.S. planes and cost the industry $631,720. That does not include the cost of replacement blades. The FAA said it was acting before giving airlines a chance to comment because of the "unsafe condition" if cracked blades are on planes.

Investigators believe cracks caused a fan blade on a Southwest Airlines jet to shear off last month, starting an engine breakup that left one passenger dead after debris hit the plane. The National Transportation Board's final determination on the cause of the accident is likely a year or more away.

Southwest officials say workers have inspected about 25,000 of the airline's 35,500 engine fan blades and found one last year that was cracked and replaced it. Southwest says it will inspect its remaining blades by mid-May.