Photos Of The Day: Goodyear Retires Blimps But Keeps Familiar Form In Flight

Goodyear has let the helium out of the last of its fabled fleet of blimps, but the company's flight program will continue. 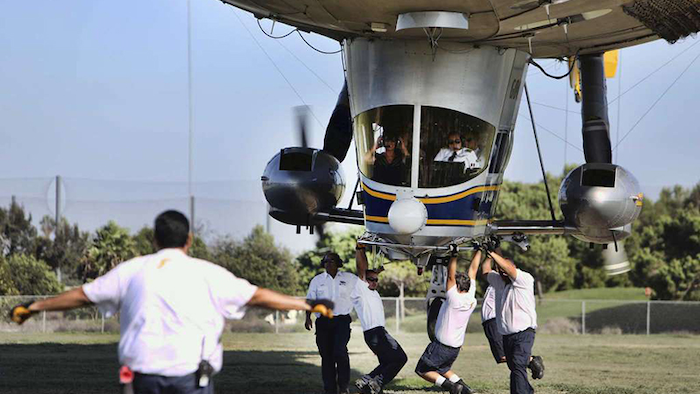 Goodyear has let the helium out of the last of its fabled fleet of blimps, but the company's flight program will continue.

About two dozen employees were on hand early Tuesday to witness the deflation of California-based Spirit of Innovation.

Although the blimp's replacement, Wingfoot Two, will look about the same when it arrives at Goodyear's airship base in Carson later this year, it will be a semi-rigid dirigible.

Such aircraft, one of which has already replaced Goodyear's Florida blimp, have a frame, which means they maintain their shape when the helium is drained. Blimps, on the other hand, go flat. Wingfoot Two, currently operating in Ohio, will be replaced by yet another dirigible when it leaves there for Southern California. 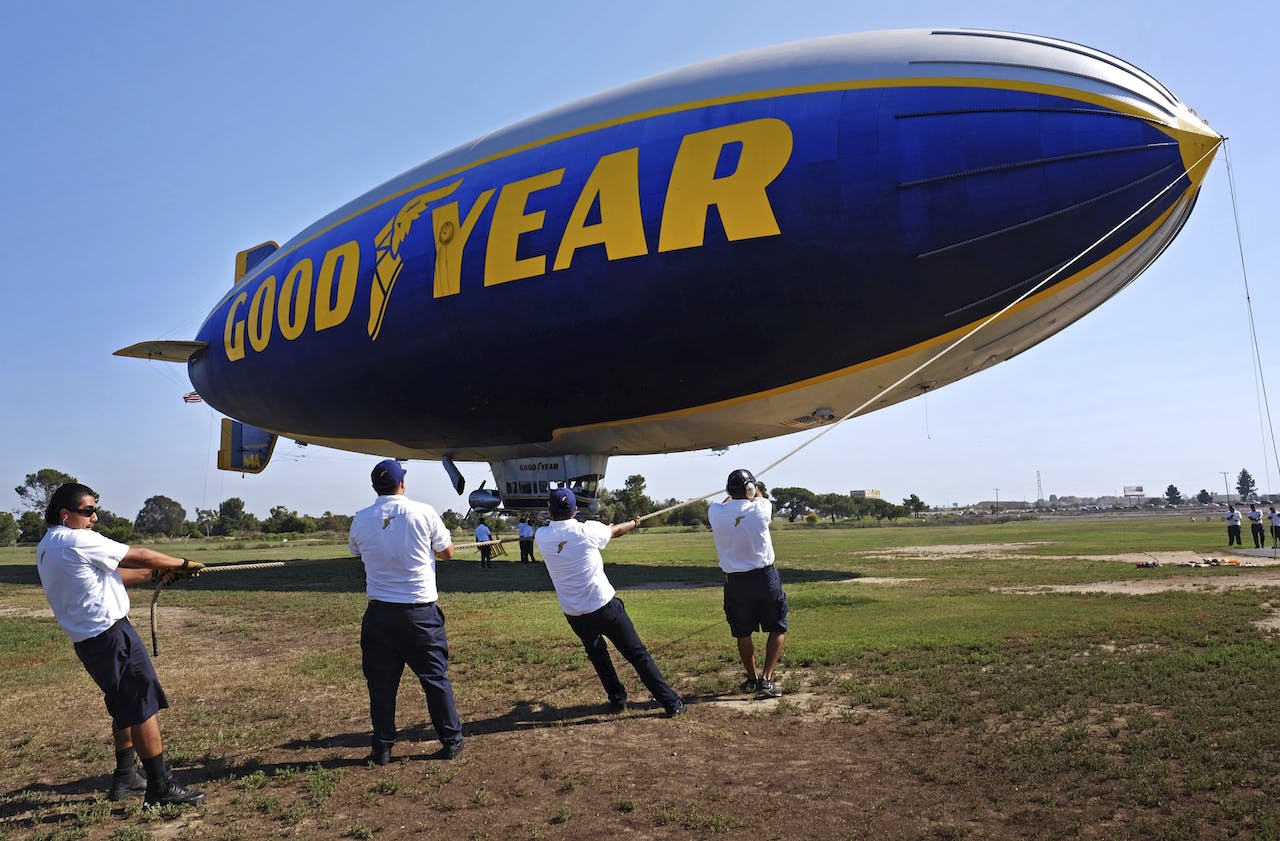 Its replacement, "Wingfoot Two," will look about the same when it arrives at Goodyear’s California airship base in Carson later this year. But it will be a semi-rigid dirigible. (AP Photo/Richard Vogel) 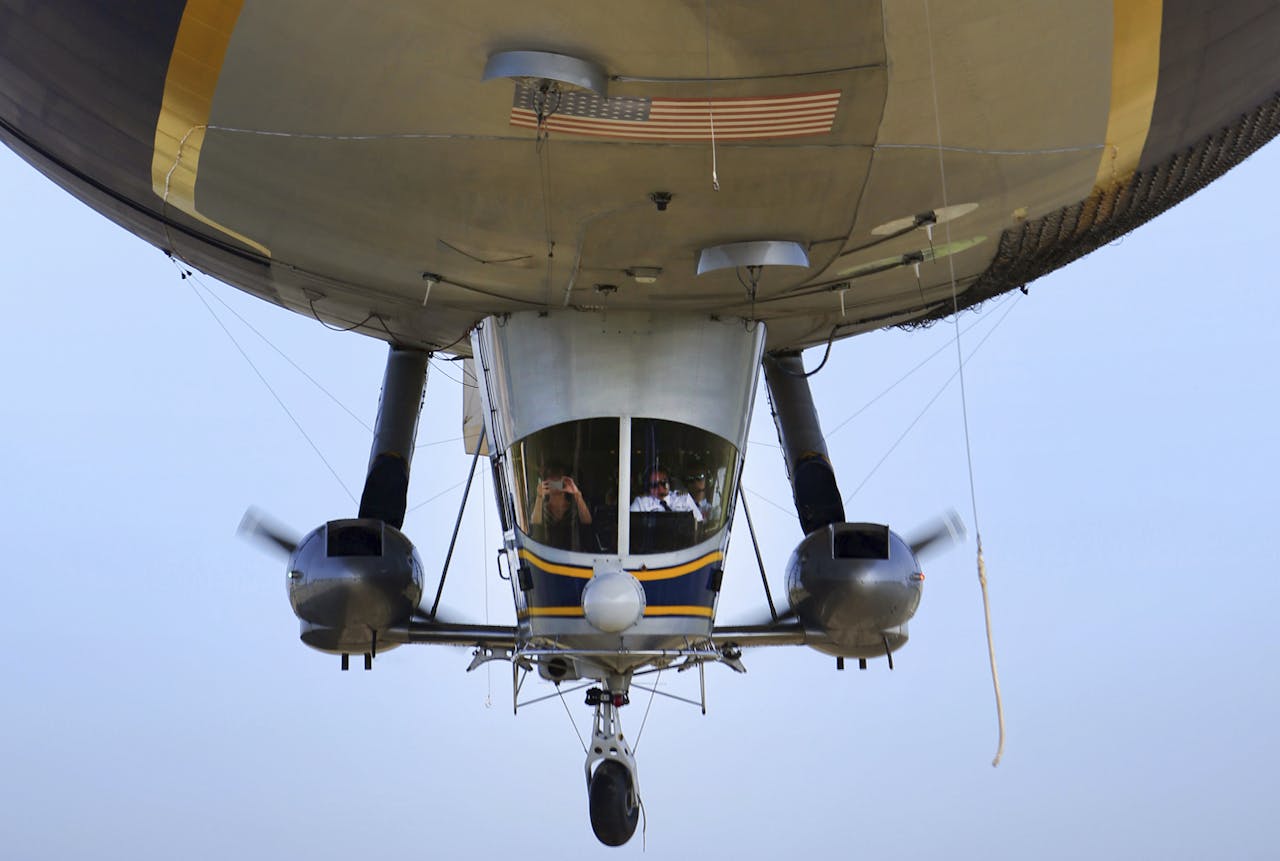 Far more important to Goodyear is that the new airships are faster, quieter, larger, easier to fly and more maneuverable than the blimps it introduced more than 90 years ago. Still, the company plans to keep calling the new models blimps.

Crew members Tuesday yanked a rip line to open a section at the top of the blimp's big gas bag, known as an envelope. It took about two minutes for it to crumple to the ground.

"There were a couple tears because they've been working with blimps for so long," he said. "But the program has always changed over the decades and this is a step forward. The new model is incredible to watch fly."

The switch to dirigibles offers a similar-looking, cigar-shaped flying machine but one that's 246 feet long, nearly the length of a football field and 50 feet longer than the old blimps. With room for three engines instead of two, it will be able to hit freeway speeds of over 70 miles per hour and turn on a dime.

The quieter engines also will provide an advantage in covering golf tournaments, Ogden said, by eliminating the racket that can sometimes disrupt golfers lining up their putts. The ability to hover will allow a pilot to better position the aircraft to capture NASCAR race finishes and key moments in a baseball game. 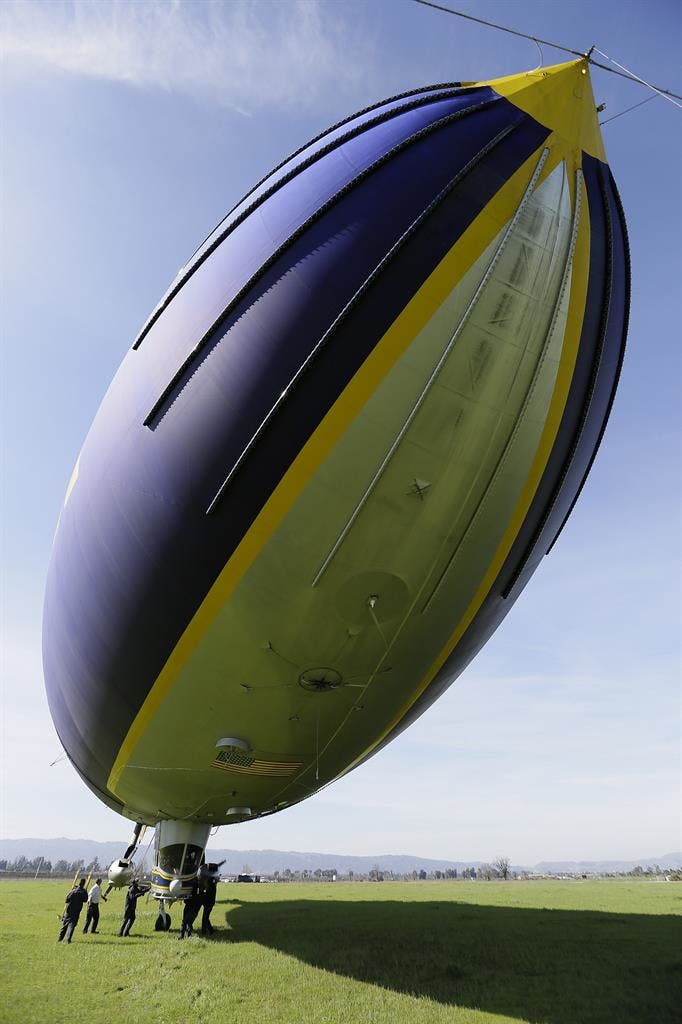 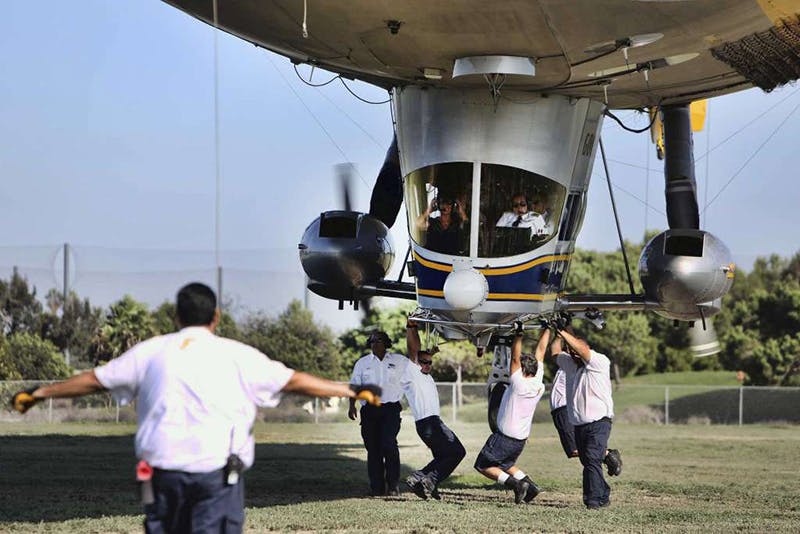 And the ability to take off and land like a helicopter will put an end to those funny-looking runway pursuits by the ground crew.

Still, Spirit of Innovation was an innovator in its day and its deflation comes with some emotion.

Its gondola, originally christened Columbia in 1986, became Eagle in 2002 and finally Innovation following a public name-that-blimp contest in 2006.

With the lifespan of the envelope nearing an end, it was time to mothball it, said Matthew St. John, chief pilot at the Carson airship base and the man who took the blimp on its final flight above last month's Academy Awards.

The craft's historic gondola will be shipped to Goodyear's century-old Ohio airship base to be put on permanent display. Other parts are going to museums, and the envelope is being recycled.

"But with the envelope, there's a safety measure there that we take a very serious look at and say, 'OK, this is the mark, and we're not going to go beyond that mark,'" he said.