Iran Gets Its First New Airbus Plane After Nuclear Deal

The first of 100 Airbus planes that Iran purchased following its nuclear deal with world powers arrived in Tehran on Thursday. 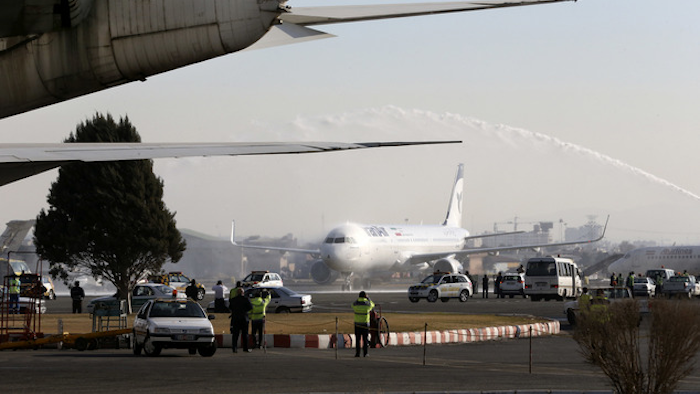 The first of 100 Airbus planes that Iran purchased following its nuclear deal with world powers arrived in Tehran on Thursday, heralding a new chapter for the country's aging and accident-prone fleet after years of sanctions.

The Iran Air A321 jet touched down after a flight from Toulouse, France, where the headquarters of the European consortium are located. The 189-seat plane is the first of 100 purchased under a December deal worth $18 billion.

Transport Minister Abbas Akhoundi told reporters at an airport ceremony that the plane would be used for domestic flights, Iran's Press TV reported. The semi-official ISNA news agency quoted him as saying another two Airbus jetliners would be delivered in the next two months.

Iran is hoping to rapidly upgrade its fleet now that sanctions have been lifted under the 2015 nuclear accord, in which Tehran pledged to curb its uranium enrichment.

Most of Iran's aging fleet of 250 commercial planes was purchased before the 1979 Islamic Revolution, and as of June, only 162 were operational, with the rest grounded because of a lack of spare parts. 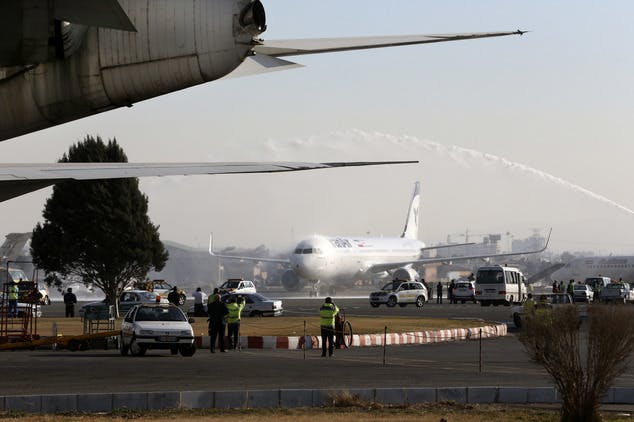 Iran Air, whose website lists a fleet of 43 planes, offers direct flights to over 30 international destinations, including London.

The company recently sealed a separate agreement to buy 80 planes from Boeing, beginning next year.

The election of Donald Trump, however, has cast doubt over the future of the deal. He repeatedly criticized the nuclear agreement on the campaign trail but has not said what he plans to do about it once in office.

Akhoundi said Iran hopes the U.S. "continues to remain true to its commitments" under the new administration.

"We hope that America's political community has reached a level of maturity and accountability to create an atmosphere so that the world can accept and hope that peace can be reached through dialogue," he said.

The Boeing deal is Iran's biggest with an American company since the 1979 revolution and U.S. Embassy takeover. It calls for 50 Boeing 737s and 30 Boeing 777s to be delivered over the next decade.

Iran Air is also expected to seal an order for 20 turboprops from European manufacturer ATR.

Groundwater — rather than living creatures — formed the organic compounds found in the rock.
Jan 14th, 2022
Follow Us
Most Recent