Rocket company Blue Origin has pulled off a double success. 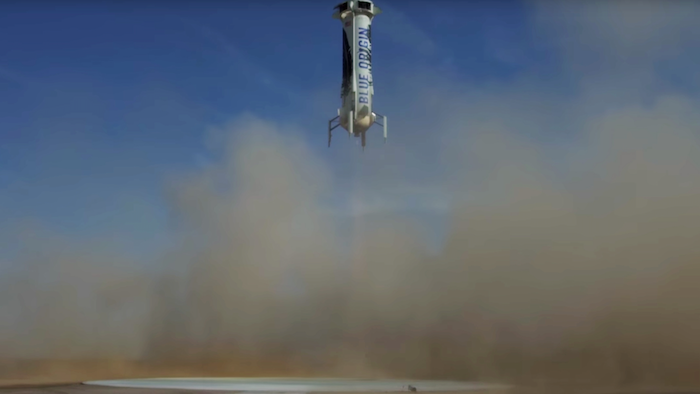 Rocket company Blue Origin has pulled off a double success.

The aerospace startup led by Amazon's Jeff Bezos tested the escape system of its space capsule Wednesday in remote west Texas. Forty-four seconds into the flight, the capsule popped off like a champagne cork, propelled by an escape motor mounted underneath.

Not only did the capsule land safely under parachutes following liftoff, the rocket managed to fly back and land upright. This was the first inflight test of the emergency escape system, designed to save lives if something goes wrong with the rocket during liftoff.

Blue Origin's launch commentators called it an "epic flight" from beginning to end. Bezos had warned in advance that the booster rocket probably would end up crashing back to Earth, after being jolted by the 70,000 pounds of force exerted by the escape system. Instead, the booster made what looked to be a fine vertical touchdown seven minutes after liftoff, just a couple miles from its launch pad.

"Wow. There it is. Bingo, New Shepard. Look at her," launch commentator Ariane Cornell exclaimed once the booster landed. "What an extraordinary test and a tremendous final test for both craft."

The rocket and capsule system are intended for suborbital flight and are called New Shepard after the first American in space, Alan Shepard. Bezos hopes to start launching tourists and other paying customers in the years ahead.

Blue Origin is aiming for reusability to lower launch costs. After the capsule popped off, the rocket kept going up, reaching more than 240,000 feet high, before descending to the desert floor. 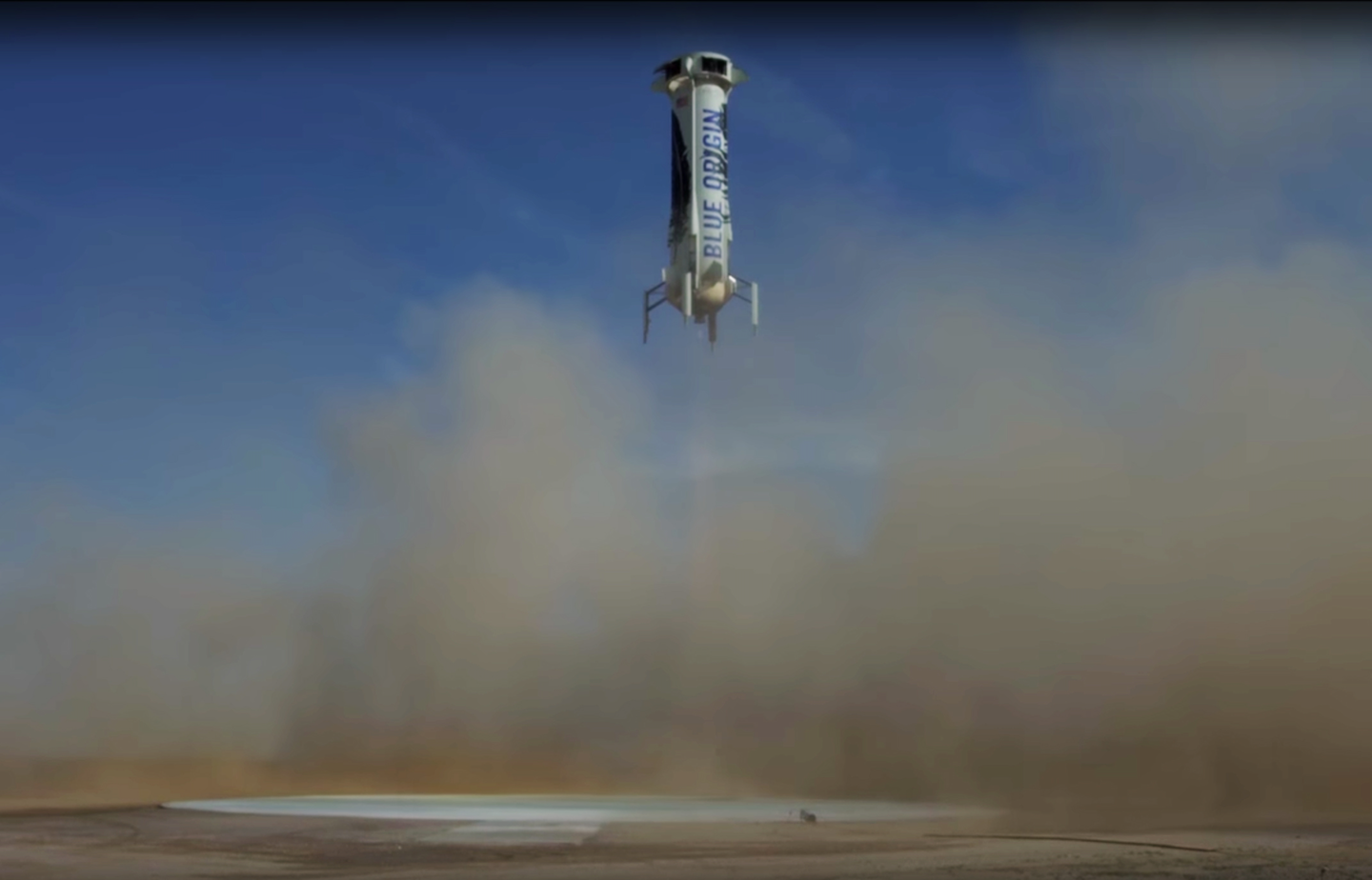 This rocket has flown five times and is now bound for a museum along with the capsule. The capsule has also had flown before, including a launch pad escape test, minus a rocket, in 2012.

Based in Kent, Washington, Blue Origin has taken over a launch pad at Cape Canaveral Air Force Station for future orbital flights. That newly unveiled system, still in development, is called New Glenn for the first American to orbit the Earth, John Glenn.

While another private space company, SpaceX, has landed some of its first-stage boosters at Cape Canaveral or just offshore on a floating platform — all of them used in orbital missions — it has yet to refly any of these recovered rockets. It had hoped to do so by year's end, but an explosion on the launch pad during testing on Sept. 1 has everything on hold. Both the SpaceX Falcon rocket and its payload, an Israeli satellite, were destroyed.