The three conducted experiments aboard the space station. 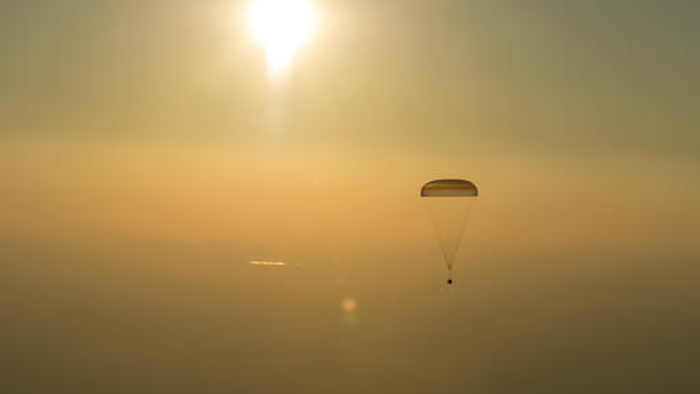 After watching more than 2,750 sunrises from above the Earth, three crew members of the International Space Station returned to the planet for a sparkling sunrise back on Earth Wednesday.

A record-setting American astronaut and his two Russian colleagues felt the sun beat down on them on a cloudless morning after a six-month trek in orbit. 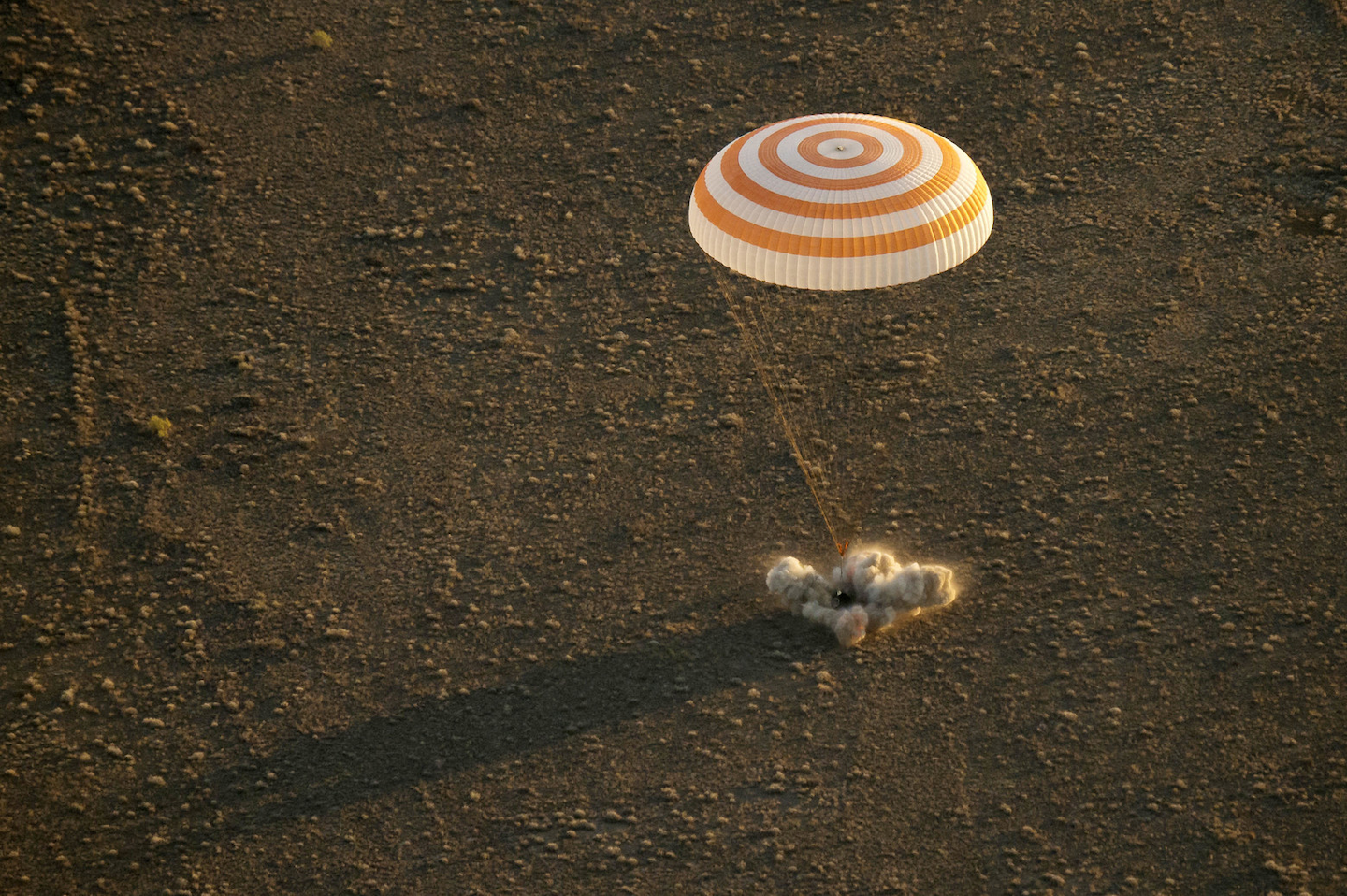 A record-setting American and two Russians landed safely back on Earth Wednesday after a six-month mission aboard the International Space Station. (Bill Ingalls/NASA via AP)

Stretched out in chairs placed in the brown wild grass, the three flyers were all smiles, giving thumbs up, chatting on cell phones. They were promptly pulled out of the Russian Soyuz capsule, which landed on its side, which is not unusual. Williams wore a black baseball cap while seated outside and talking on the phone. Ovchinin clutched a stuffed doll his daughter gave him as a mascot that went into space with him.

The trio undocked from the space station nearly three and a half hours before touchdown in hazy sunshine with a comfortable welcome home temperature around 66 degrees (19 degrees Celsius) about 90 miles (145 kilometers) southeast of Zhezkazgan in Kazakhstan. They landed thanks to a large orange and white parachute and last second engine firings. NASA spokesman Dan Huot called it a "picturesque landing" on a picture-perfect day. 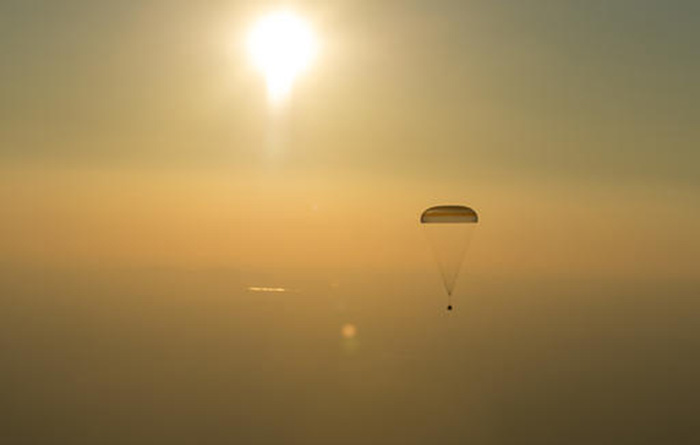 The three conducted experiments aboard the space station. Williams set the U.S. record last month for most time spent in space. He beat the previous record set by Scott Kelly during his year in orbit. The capsule contained air samples returned from the first inflatable module deployed in orbit.

The world record is held by Russian Gennady Padalka at 879 days in space. Thirteen Russians have more time in space than Williams.