Boeing Mulls Phasing Out The 747

The company will continue to manufacture one of the giant jets every two months but no longer has plans to double the production rate to one per month in 2019. 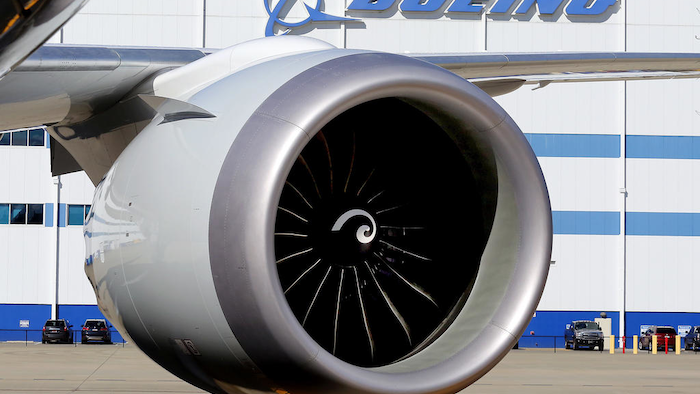 An engine and part of a wing from the 100th 787 Dreamliner to be built at Boeing of South Carolina's North Charleston, S.C., facility are seen outside the plant. (Brad Nettles/The Post and Courier via AP, File)

Yet revenue for the Chicago aerospace giant rose 1 percent to $24.8 billion, and company shares rose steadily before the opening bell Wednesday.

Charges totaling $3 billion before taxes, led to Boeing's first down quarter since the third quarter of 2009, when it lost $1.6 billion.

Boeing also signaled in a regulatory filing that it might soon end production of its iconic 747. The double-deck jet — known as the Queen of the Skies — revolutionized air travel by making it more affordable for the masses. The giant jet once stood alone, with more seats than any other jet and a range of 6,000 miles, longer than any other plane.

But its four engines and massive size are now seen as negatives — it burns too much fuel and airlines struggle to fill flights with 400 or more passengers. Slowing freight traffic has meant few orders for the cargo version of the plane.

"If we are unable to obtain sufficient orders and/or market, production and other risks cannot be mitigated, we could record additional losses that may be material, and it is reasonably possible that we could decide to end production of the 747," Boeing said in the filing Wednesday.

No timetable was set, but Boeing needs to keep the manufacturing line open for the next few years in order to fulfill orders, including for two replacement jets for Air Force One, the presidential plane.

Despite the rough quarter, analysts believe that Boeing showed underlying strength and shares gained $1.11 to close at $135.96.

The report of a quarterly loss comes days after one of Boeing's key suppliers, Rockwell Collins, publicly called out the company for being behind on $30 million to $40 million in bills for various electronic and cockpit equipment.

"Boeing is delinquent and Boeing has contributed to some of our underperformance here this quarter in cash flow, which is disappointing, but we're working that with them," Rockwell Collins CEO Kelly Ortberg said Monday when the company posted earnings. 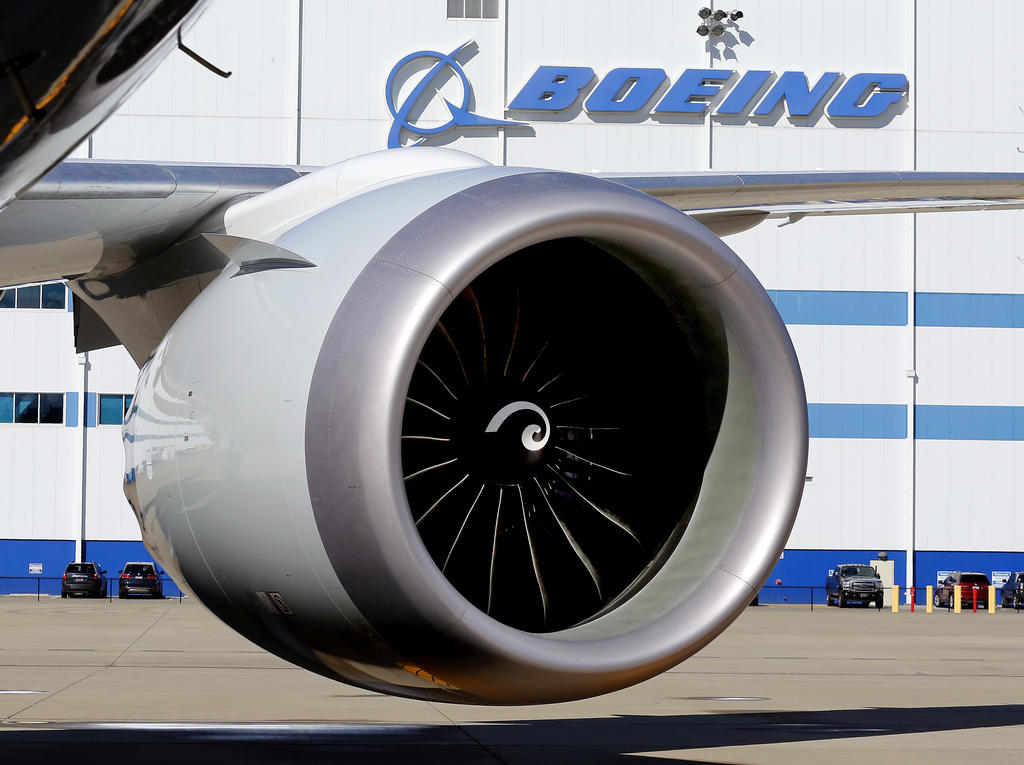 An engine and part of a wing from the 100th 787 Dreamliner to be built at Boeing of South Carolina's North Charleston, S.C., facility are seen outside the plant. (Brad Nettles/The Post and Courier via AP, File)

Boeing executives said Wednesday during a conference call that they were trying to meet industry standards and moving to a more orderly cycle.

The Boeing Co. reported losses of $234 million. The adjusted per-share loss was 44 cents. Analysts surveyed by Zacks Investment Research had projected an adjusted loss of 88 cents per share. Boeing had already warned analysts of the heavy charges for the quarter, giving them time to adjust their estimates.

The charges this quarter include a $1.2 billion write-down, before taxes, on its 747-8. Boeing attributed the loss to weakness in the air cargo market, saying that the overall number of freighter jets produced will be lower than originally estimated. The company will continue to manufacture one of the giant jets every two months but no longer has plans to double the production rate to one per month in 2019.

Boeing also decided against spending money to refurbish and sell its two remaining 787 Dreamliner test aircraft. The jets were built in 2009 and both have spent more than 6,700 hours in flight and ground testing. That charge reached $1.2 billion before taxes.

Finally, Boeing took another write-off on the Air Force's KC-46 Pegasus Tanker, a midair refueling plane Boeing is building off its commercial 767 jet frame. Problems were found during recent test flights and Boeing is working to fix them. The Air Force was supposed to take delivery of 18 tankers by August 2017 but the new schedule now targets January 2018. The delay and changes will cost Boeing $354 million before taxes, on top of more than $1 billion in charges already taken on the tanker.

The increased revenue mostly came from faster production of Boeing's commercial planes. The commercial division accounts for about two thirds of the company's revenue, with its defense and space divisions making up the rest.

Boeing takes a deposit when a jet order is made but doesn't collect the bulk of the cash until a jet is delivered. The company delivered 199 commercial jets during the quarter, up from 197 during the same period last year and 181 two years ago.

Boeing shares have fallen almost 7 percent since the beginning of the year, while the Standard & Poor's 500 index has increased 6 percent.