The Japan Aerospace Exploration Agency launched an unmanned transport vehicle on Wednesday that is carrying water, parts and other supplies to the International Space Station. 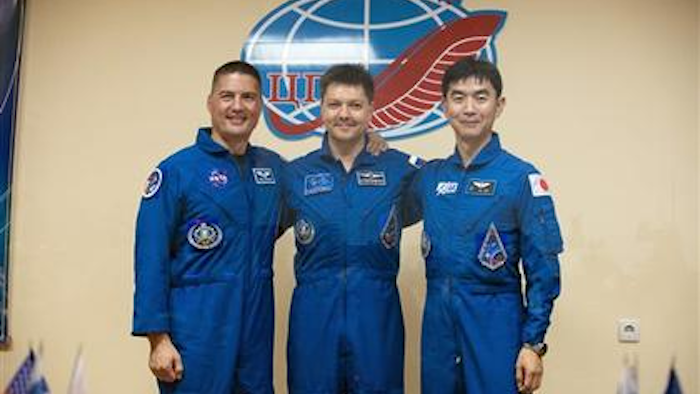 The Japan Aerospace Exploration Agency launched an unmanned transport vehicle on Wednesday that is carrying water, parts and other supplies to the International Space Station.

The vehicle was launched from the Tanegashima Space Center, 115 kilometers (70 miles) south of the southern island of Kyushu following weather-related delays. A few minutes after its launch, it entered a preliminary orbit with no problems.

Space enthusiasts traveled to the area to watch the launch, some camping near the space center.

The transport vehicle is carrying 5.5 tons of supplies for the six-member space station crew and is to take five days to reach the station, rendezvousing with it on Monday. Then, the Japanese astronaut aboard the space station, Kimiya Yui, is to use a robotic arm to help connect the vehicle to the station.

Several previous supply launches failed, and Scott Kelly, one of two Americans aboard the International Space Station, said in an interview with CBS earlier this week that the launch was "pretty important."

"We're in good shape right now, but you know, if for some reason HTV (the vehicle) didn't get here, we'd get pretty low on certain consumables probably in the late September, early October timeframe," he said.