Senatori just returned home from the 2015 Paris Air Show with amazing photos of the event. 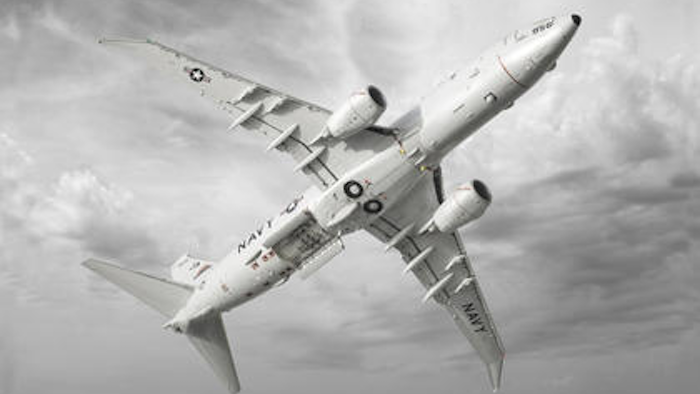 In 2012, Chicago-based pilot and photographer Adam Senatori won an Instagram photo contest sponsored by GE. The award was a first class trip to the GE Aviation’s plant in Wales and to London.

While he was there, he shot photos for GE’s Instagram account and also made animated GIFs of the assembly line at the facility. The work caught the eye of Katrina Craigwell, GE’s director of global content and programming, who started dispatching Senatori to document big airshows around the world.

Senatori, who just returned home from the 2015 Paris Air Show, gave GE Reports a guided tour of this exclusive world. Tomas Kellner: What do you look for when you start shooting an airshow?

Adam Senatori: Efficiency is key. Global airshows are enormous, often covering acres of tarmac. Simply walking around all day with gear that can easily weigh 50 pounds is exhausting. It’s been incredibly beneficial to use years of airshow experience to my advantage and predict what will happen and when, and position myself for the best shot.

I start planning in the weeks prior to the show open. I’ll begin researching which aircraft are scheduled to attend and will build my shot list from that. Airshows are dynamic, vast events that are subject to random weather, changing schedules and of course the economy.

When I arrive at the show the very first thing I do is simply walk the grounds and assess the light and available angles I’ll have to work with for the week. TK: Is there something specific you are looking for, some touch points you always try to hit?

AS: I always make a point to get images of rare aircraft that may be on static display or part of the flying display. Airshows usually involve military aircraft that simply are not publicly visible. A great example of this was the Sukhoi SU-35 (above) at the 2013 Paris Airshow.

Also, I focus on the leading technology that’s on display, like the GEnx jet engine. Airshows are often the only time to create images of brand new engines on factory-fresh aircraft. Everything is clean and pristine! TK: What about the people who visit airshows? What is the crowd like? Do you try to capture them in your pictures?

AS: Yes, I try to capture the crowd, or at least the human element. A good example of this is the image I made at the Dubai Airshow in 2013 of a trade visitor standing behind a GEnx engine. It helps show the enormity of the technology (see above).

I prefer to shoot images of visitors interacting with the show, whether they are watching the flying display or checking out the aircraft on the ground.

TK: Of all the airshows you visited, do you have a favorite one?

AS: I love them all. Each event is a unique character.

From a shooting perspective though, Farnborough gets the edge for getting solid shots of aircraft flying because the clouds are always full of contrast, which provides a nice dramatic backdrop for the aircraft and I can get fairly close to the runway.

Dubai gets the award for making shots of aircraft on the tarmac, because the background is stark and clean.