Unmanned Aerial Vehicles Are Flying To The Farm 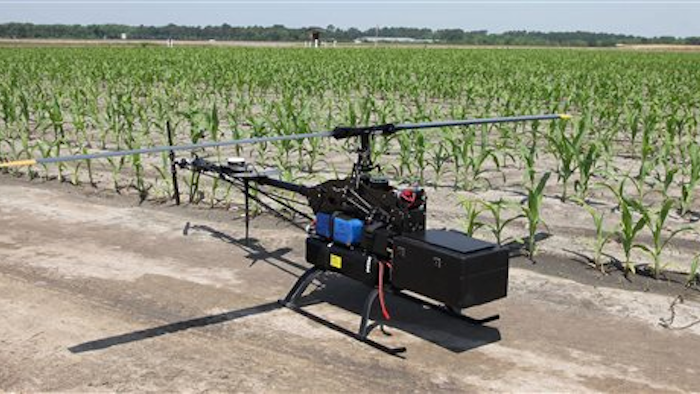 In Georgia, a group of state and federal officials — along with members of industry and academia — has been working since 2009 to develop a drone that can save a farmer's time and resources during the growing season.

The public got its first glimpse of the drone at a flight demonstration last month at a research farm.

By deploying an unmanned aerial vehicle, or UAV, with a multi-spectral camera to survey crops, farmers could spot water and nutrition issues, insect infestations and fungal infections.

"The UAV saves a tremendous amount of time," said Eric Corban, founder and chief technology officer for Guided Systems Technologies Inc., a company that helped develop the software. "Traditionally you would walk the field, and you would only get a small portion of the field sample."

Although the technology is only in the testing phase, commercial use could begin once the Federal Aviation Administration issues rules.

"We're working very close with the FAA," said Steve Justice, director of the Georgia Center of Innovation for Aerospace. "They have direction from the Congress to issue rules for the use of unmanned aircraft systems by the fall of 2015."

Agriculture has had a rich history of technology advances, but one industry veteran thinks the use of farm drones may top the list. Don Koehler, executive director of the Georgia Peanut Commission, has been with the agency for nearly three decades.

"I've seen us go from two-row planting equipment and harvesting, and everything, to really big equipment," Koehler said. "I've seen a lot that's gone on. I've seen yields go up. But in that 28 years, I don't think I've seen what I'll see in the next eight years."

American Puts the Boeing Max Back in the Air

China's Space Ambitions: Robot on Mars, Human on the Moon 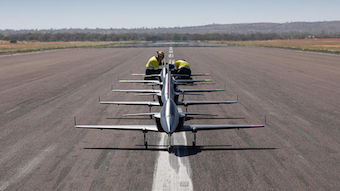 AI teaches the aircraft’s brain to understand what is required of it.
Dec 2nd, 2020 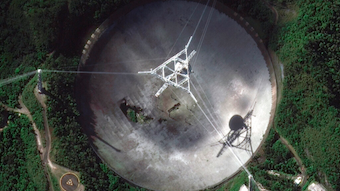 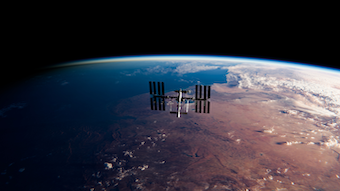 A custom-made spacecraft will capture and bring down part of a rocket once used to deliver a satellite into orbit.
Dec 1st, 2020 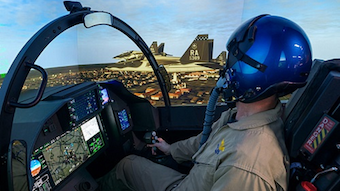 It is arguably the most advanced training system in the world.
Dec 1st, 2020

Officials said operating the massive telescope is too dangerous given the significant damage it recently sustained.
Nov 20th, 2020
Follow Us
Most Recent