The focus on Boeing, the nation's biggest exporter, brings up a more fundamental difference between the Washington and Oregon that has national implications. 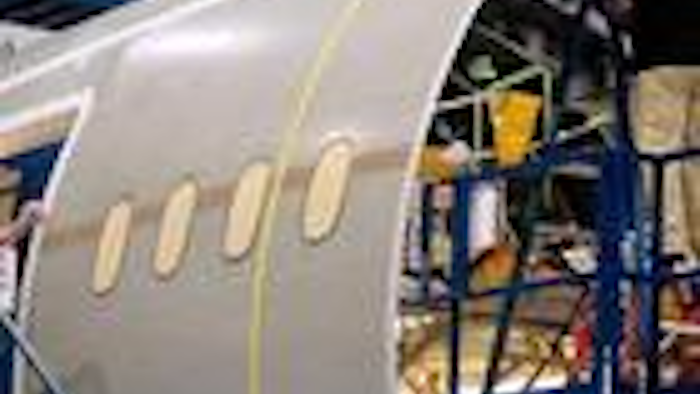 Across the border in Washington, exports dipped only slightly during the recession and then took off, growing more than 50 percent since 2010 to a record $81.9 billion last year.

Ivo Trummer, global strategies manager for Business Oregon, the state economic development agency, sums up the reason in one word. "I think it's almost entirely Boeing," said Trummer, noting the billions of dollars in airplanes and parts sold abroad as the 787 Dreamliner entered production.

The focus on Boeing, the nation's biggest exporter, brings up a more fundamental difference between the two states that has national implications. With only two Fortune 500 companies, Oregon's economy is based on small and medium-sized enterprises. Washington boasts corporate giants with international range.

"The emphasis on small and medium enterprises was misguided," Freund wrote in a recent paper critiquing Obama's National Export Initiative. "What was needed was a broad package to expand incentives for exporting by the most efficient and innovative firms that drive export growth and net job creation."

But the initiative appears far short of its goal, even when backers stack the deck by beginning the count in 2009 to capture the bounce-back from the recession. U.S. exports of $1.58 trillion had grown by $720 billion as of 2013; they'd have to grow another $860 billion this year to reach Obama's goal.

"Thus, if small and medium enterprises are to drive export growth, it would take annual growth rates of roughly 50 percent to double exports in five years," Freund wrote.

So what's a state such as Oregon to do, short of cloning Intel, the company that drives the state's exports?

One approach is to question the statistics. Oregon's $18.6 billion in 2013 exports doesn't include the value of parts made in the state for products exported by other states.

For example, Boeing's factory in Gresham makes hundreds of millions of dollars of components for the Dreamliner and other planes that are sold abroad from Washington. Precision Castparts Corp., Oregon's only Fortune 500 company other than Nike, manufactures millions of dollars in parts for each Boeing 787 and many other components for jet engines and other products sold abroad.

Conventional trade statistics also don't include exports of services, which are growing well as Oregon lawyers, consultants and architects take on foreign projects.

One example of a service exporter is Avant Assessment, a Eugene company with three dozen employees. The producer of language-proficiency tests did a thriving business with U.S. defense and intelligence agencies until the federal sequestration cut contracts. Two years ago someone from the Qatar Foundation called and asked if Avant would produce Arabic tests for Qatari children.

"When I first heard of this, I thought it was a prank phone call," said Mimi Jett, Avant Assessment chief development officer, who wondered why anyone from the Middle East would reach out as far as Oregon for tests in Arabic.

But now exports account for almost half of Avant's annual sales, which the private company doesn't disclose. The company says it is close to signing a distribution agreement in Dubai for sales in about 10 countries.

Under the national export initiative, officials chose Portland as one of four cities to develop export strategies with help from the Brookings Institution. The Portland metro area exported $21 billion in goods and services in 2010. By 2012 that number had climbed to $33.9 billion, well on the way to the goal of doubling exports by 2015, said Derrick Olsen, Greater Portland Inc. vice president of regional strategy and coordination.

"It's a complete waste of time, energy and money to claim that you're going to help big companies increase their exports," Robbins said. "They're pretty darn good at doing it on their own."

Michael Masserman, U.S. International Trade Administration executive director for export policy, promotion and strategy, said the national export initiative helps both large and small companies. He acknowledged that hitting the goal of doubling exports nationwide by next year is unlikely, especially given slow growth in export markets such as Europe.

"This was always going to be a stretch goal," Masserman said. "We've hit record exports for the last four years."

U.S. exports supported 11.3 million jobs last year, up 1.6 million since the initiative was launched, Masserman said. "The national export initiative has really galvanized communities across the country to focus on exports in ways they haven't before," he said.

The program has boosted export financing, educated U.S. companies about opportunities in markets opened by free-trade agreements, enforced U.S. trade rights and investigated unfair trade practices. Next steps include encouraging exporters to sell to more than one foreign country.