The Hasselblad 500 sold over the weekend is described by Vienna auctioneers Galerie Westlicht as part of the equipment carried by the 1971 Apollo 15 mission — and the only camera ever brought back from the moon. 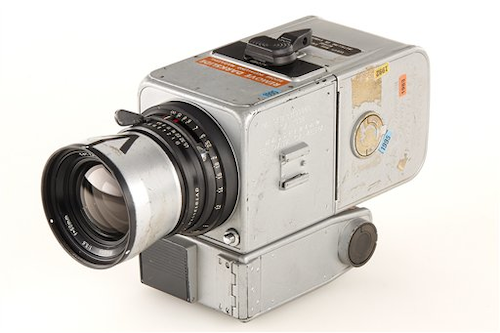 The Hasselblad 500 sold over the weekend is described by Vienna auctioneers Galerie Westlicht as part of the equipment carried by the 1971 Apollo 15 mission — and the only camera ever brought back from the moon. It says the others were left behind to make room for mineral samples.

Galerie Westlicht identifies the new owner as Japanese businessman Terukazu Fujisawa. It says the owner of an electronics chain placed his winning bid of 550,000 euros by phone. Bidding started Saturday at 80,000 euros — just over $110,000.