Large passenger jets are pretty much all alike, but each private jet is different in its own way. “We now make it a bit easier for customers to stand out,” says Vic Bonneau, president of GE Aviation’s Electrical Power Business. Bonneau and his team have decided to... 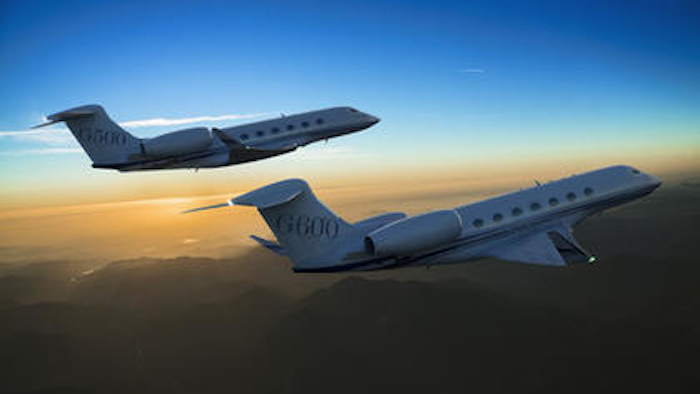 Large passenger jets are pretty much all alike, but each private jet is different in its own way. “We now make it a bit easier for customers to stand out,” says Vic Bonneau, president of GE Aviation’s Electrical Power Business.

Bonneau and his team have decided to rewire the private jet and developed a modular “brain” spread out across the aircraft. It includes a data concentration network linking multiple aircraft systems with special software that “intelligently” monitors power distribution through the plane, and also the jet’s health.

“The system runs pretty much everything, from engines, fuel pumps and avionics to the entertainment systems,” Bonneau says. “It also saves space. Now you can put in almost any cabin design you desire.”

Bonneau says that a new power system, for example, can eliminate as much as 3 miles of cabling and over 400 mechanical circuit breakers. It could strip more than 200 pounds in redundant copper and fiberoptic wires from planes.

The first beneficiary of the technology will be Gulfstream’s brand new G500 and G600 business jets, which the plane builder announced this week. (The G500 will be reportedly available for $43.5 million, while the G600 will cost $54.5 million.)

Here’s how the system works: the data concentration network collects performance information from sensors distributed throughout the plane. Using an aircraft network GE originally built for the Boeing 787 Dreamliner, the data travels to the Gulfstreams’ aircraft health management unit. The unit can detect, predict and isolate potential issues with aircraft systems, engines, and other equipment sometimes weeks in advance, before they can cause trouble.

The unit relays the information over satellite and GSM to the ground. There, a companion system can compare it with information from other planes, look for anomalies, and start troubleshooting and deliver replacement parts before the jet lands.

A similar system already is working on Gulfstream’s flagship G650 jets. Aviation Week wrote that “in one case, a G650 reported a problem six hours before reaching its destination airport – when it arrived, a technician and replacement parts were on site to fix the problem.”

“Once the system knows what a good jet looks like, it can predict problems before they cause delays,” says Mike Madden, a sales leader at GE Aviation. “The plane is most valuable when it’s in the air. We want to keep it there.”

To read more about GE's innovations, check out GE Reports.