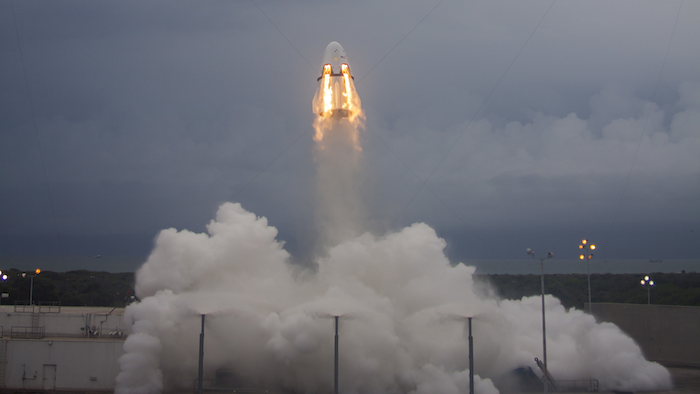 The engines fired for about six seconds, instantly producing about 15,000 pounds of thrust each and lifting the spacecraft out over the Atlantic Ocean before jettisoning its trunk, as planned, and parachuting safely into the ocean. The test lasted about two minutes from engine ignition to splashdown.