The union announced Tuesday that the Machinists and Boeing have agreed to the National Labor Relations Board conducting a one-day vote April 22 at five locations on the company's North Charleston campus. 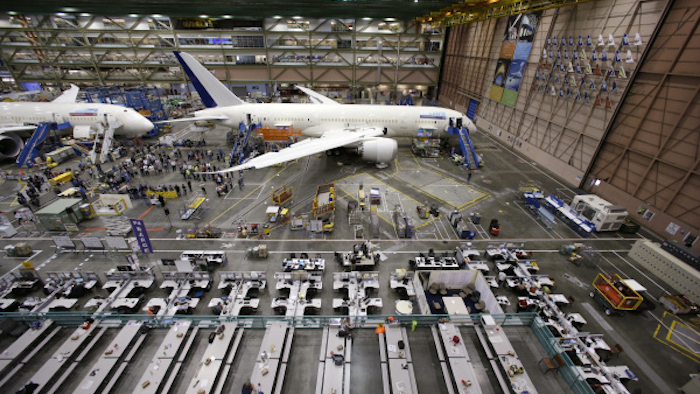 About 3,000 production workers at Boeing plants in South Carolina will decide next month whether they want representation by the Machinists union.

The union announced Tuesday that the Machinists and Boeing have agreed to the National Labor Relations Board conducting a one-day vote April 22 at five locations on the company's North Charleston campus.

The union last week petitioned for an election for production workers at the company's 787 Dreamliner assembly plant and the nearby Interiors Responsibility Center, which provides interior parts for the 787.

Gov. Nikki Haley said last week after the union petitioned for the vote that South Carolina companies understand the importance of taking care of workers and their employees do not want a middle man between them and management.

She called it hypocritical that a union that several years ago opposed the South Carolina Boeing plant now says it wants to represent its workers. Haley has strongly opposed unions in a state where only 4 percent of the workforce is unionized.

Four years ago, shortly before Boeing opened the $750 million Dreamliner plant in South Carolina, the NLRB filed a complaint against the company alleging the nonunion plant was in retaliation against Washington state workers who earlier went on strike.

The NLRB later dropped the complaint after Boeing agreed that the 737 Max would be built in Washington.