The Curiosity rover has temporarily stopped work on Mars while NASA engineers investigate a short circuit. The space agency said Tuesday that the electrical problem was discovered over the weekend as Curiosity tried to transfer bits of powder... 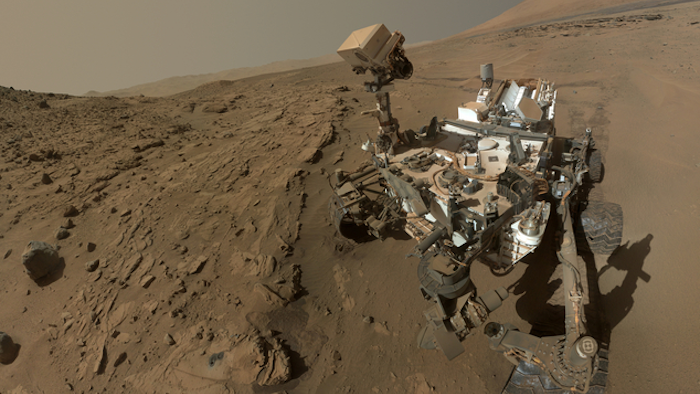 The Curiosity rover has temporarily stopped work on Mars while NASA engineers investigate a short circuit.

The space agency said Tuesday that the electrical problem was discovered over the weekend as Curiosity tried to transfer bits of powder from a rock that it had drilled into.

The short circuit stopped the rover's robotic arm. Engineers are diagnosing the issue, and the testing is expected to take several days.

Curiosity landed in a Martian crater in 2012. Since then, it has uncovered geologic evidence of an environment that could have supported microbial life early in the planet's history.