The National Business Aviation Association, which represents companies that use private aircraft, spent $460,000 lobbying federal officials in the second quarter on issues including modernizing the nation's air traffic control system.The spending compared with $490,000 in the previous quarter...

The National Business Aviation Association, which represents companies that use private aircraft, spent $460,000 lobbying federal officials in the second quarter on issues including modernizing the nation's air traffic control system.

Besides Congress, the group lobbied the White House, the budget office, the Internal Revenue Service, the FAA, the National Transportation Safety Board, the Transportation, Treasury, Homeland Security and Commerce departments, and the Securities and Exchange Commission. 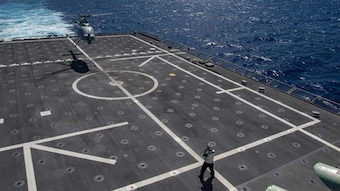