University of Wisconsin student Leo Burt approached his former journalism instructor at the student union one day in August 1970.The intense 22-year-old thanked the man for encouraging him to write for a left-wing student newspaper, where he covered the Vietnam War protests raging on campus and...

University of Wisconsin student Leo Burt approached his former journalism instructor at the student union one day in August 1970.

The intense 22-year-old thanked the man for encouraging him to write for a left-wing student newspaper, where he covered the Vietnam War protests raging on campus and where his politics had become radicalized. And he said goodbye because he was planning to live underground in Canada for reasons he wouldn't share.

"Only 10 days later, there he was on television," the instructor, Jack Holzhueter, recalled. "And I was shocked to know that Leo had participated in this event."

Forty years after a powerful bomb exploded on the Madison campus, Burt remains the last fugitive wanted by the FBI in connection with radical anti-Vietnam War activities. He vanished almost immediately after the bombing, and is now what one former prosecutor calls "Wisconsin's state ghost."

This week, the university will mark the anniversary by opening a recording booth in the library, where people can relate their memories of the event for inclusion in the university archives and in a documentary theater project. A small plaque honoring Robert Fassnacht, the 33-year-old scientist killed in the blast, is the only permanent sign on campus that the bombing happened.

Burt and three other radicals parked a stolen van packed with fertilizer and fuel outside the university's Army Math Research Center in Sterling Hall and lit the fuse in the early morning hours of Aug. 24, 1970. The bomb attack, the nation's most powerful until the 1995 Oklahoma City bombing, killed a graduate student who was doing research in the middle of the night, injured others and caused millions of dollars in damage. The bombers fled to Canada.

Three of the four men were captured in the 1970s after trying to live underground; they were convicted, served short prison terms and resumed their lives. One, Karl Armstrong, operates a juice stand near the bombing site. His brother, Dwight, died of lung cancer in Madison in June. David Fine has worked as a paralegal in Portland, Ore.

Other radicals from that era have been caught, including most recently the former Symbionese Liberation Army fugitive Kathleen Ann Soliah, who was captured in Minnesota in 1999 after nearly 25 years on the run.

But nobody knows what happened to Leo Burt, an Irish Catholic kid from the Philadelphia suburbs who came to Wisconsin on an ROTC scholarship and joined the rowing team. He would now be 62.

Those who knew Burt are growing increasingly skeptical the student they remember as hardworking, smart and disciplined will ever be found.

"The FBI's guess is as good as mine as to where he is, if he's even alive," Armstrong said. "I have absolutely no clue."

Asked how Burt was able to elude authorities when he and his brother could not, Armstrong laughed. "Well, maybe because he's a smarter guy," he said, explaining that Dwight Armstrong had confided in others about their identities.

Armstrong said the FBI should offer Burt amnesty to turn himself in since history has proved the war in Vietnam a failure. He said the bombing "was the right thing to do at the time" in response to the shooting of protesters at Kent State and they did not intend to harm anyone.

But Chris Cole, the FBI supervisory agent who oversees the search for Burt, said Fassnacht's death made the case a continuing priority. Fassnacht, a husband and father of three, "was doing nothing more than his job and lost his life."

FBI officials continue to chase leads and offer a $150,000 reward for information leading to his arrest.

Burt has few living relatives, and his father and stepmother have long been deceased. The FBI says his relatives have cooperated with the investigation but could shed no light on Burt's whereabouts. A half brother, Donald Burt, declined comment.

Joe Brennan Jr., a writer whose father rowed with Burt at Monsignor Bonner High School in Drexel Hill, Pa., said he believes he is living under another identity in the St. Catharines area of Canada. He said Burt had traveled there every summer as a youngster to watch a boat race.

Brennan, who hopes to publish a manuscript about Burt, said he believes Burt has been able to live underground because "he is quite simply a highly disciplined and driven individual, very unlike the other student radicals you saw from that period."

Burt's former rowing coach at Wisconsin, Randy Jablonic, said he was one of the hardest working athletes he saw in 40 years of coaching, his muscles bulging with strength from doing squats up and down the steps of Camp Randall Stadium.

"If he used that same persistence to be evasive, he'd be very tough to find," Jablonic said.

Burt also had luck. Shortly after the bombing, then-Sauk County Sheriff's Deputy Daniel Hiller was patrolling northwest of town and pulled over a light-colored Corvair matching the description of one seen near the blast. The four men inside said they were going camping, and Hiller let them go after a Madison police dispatcher could not send an officer to question them.

"It's one of those things where you had them in your hand, and they slipped away," Hiller said recently, recalling Leo Burt wearing round glasses as a passenger in the car.

FBI Special Agent Kevin Cassidy said Burt was last seen escaping with Fine out the back of a boarding house in Peterborough, Canada, days after the bombing while authorities arrived in the front. He left behind a wallet with a fake ID.

Cassidy said he assumes Burt is still alive. After the case aired recently on "America's Most Wanted," dozens of tips poured in but none panned out. Burt stayed on the "Most Wanted" list until 1976. He beat the odds: The FBI says 463 out of 494 fugitives who have been on the list since 1950 have been apprehended or located.

Holzhueter, the instructor who had urged Burt to write for the Daily Cardinal, said he remains haunted by Burt's disappearance.

"Whatever Leo did, it was principled," he said. "He was a man of great integrity. Some would say he was a killer and stop there, but he was far more complex than that." 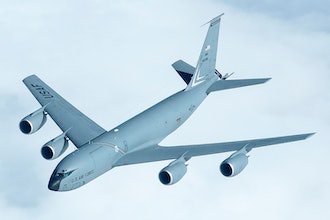