EADS Suffers Major Setback With Delays In Delivering A380

Word that Singapore Airlines is ordering 20 planes from Boeing also a blow to Airbus' parent company.

PARIS (AP) - Shares of Airbus' parent company plummeted Wednesday after new delays in the delivery of the A380 superjumbo raised questions about the company's management and strategy.

The selloff came after Emirates Airlines said it is reconsidering its order of the double-decker A380, the world's largest passenger aircraft - exacerbating an already delicate situation for European Aeronautic Defense & Space Co. and its largest subsidiary.

Singapore Airlines and Qantas Airways, which also have large A380 orders, said they are seeking talks with Airbus and want compensation. Malaysia Airlines also was reviewing the terms of its agreement with Airbus to buy six A380s.

Singapore Airlines also delivered a second blow to Airbus by annoucing it will buy 20 Boeing 787-9 aircraft for $4.52 billion and take options on another 20 planes. Airbus had hoped the Asian airline would be one of the first and biggest customers for another new model, the A350, that would compete directly with Boeing's 787. But airline and leasing company dissatisfaction with the design of the A350 has led Airbus to consider a costly redesign of the plane, delaying its launch for several years.

EADS shares had lost more than a third of their value at one point before edging back up a bit, but they were still down almost 27 percent at 18.52 euros ($23.24) in afternoon trading. Market operator Euronext briefly suspended trading in the stock twice in the first hour after it fell beyond the limit allowed.

The Airbus troubles also dragged down BAE Systems PLC, which owns 20 percent of Airbus but has been seeking to sell its stake. BAE shares fell 3.2 percent to 337.75 pence ($6.22) on the London Stock Exchange.

Airbus announced late Tuesday that A380 deliveries could be delayed by up to seven months because of bottlenecks with the plane's electrical systems. It is the second time production of the A380 has been held up, with Airbus earlier pushing back the delivery date by six months.

Deliveries of the double-decker aircraft will likely be limited to nine in 2007, Airbus said, with an additional shortfall of five to nine A380 deliveries expected in 2008 and ''around five'' in 2009. It said the first delivery to Singapore Airlines was still expected by the end of the year.

''We're not happy with the delay, but our focus right now is working with Airbus to minimize the delay,'' said Singapore Airlines spokesman Stephen Forshaw.

It was the first carrier to buy the $300 million plane, ordering 10 with an option to purchase another 15. Forshaw said Singapore Airlines will still receive its first A380 this year, though delivery could be delayed by a few weeks.

On compensation, Forshaw said: ''This is something we'll be working on in due course.'' He declined to disclose an amount or the time given to Airbus.

Emirates Airlines, which has 45 A380s on order, said it was told that delivery of its A380 would be delayed by six months and it now expects to receive its first one in October 2007, to be put into operation in January 2008.

''We are considering our position and will be engaging with the manufacturer over the next few weeks,'' the airline said in a statement.

Qantas Airways Ltd., which has ordered 12 of the new planes, had expected to receive two before the end of 2006.

With the 555-passenger A380, Airbus wagered that the airline industry would increasingly offer large flights to international hubs. But rival Boeing Co. bet that air travel would be marked by the need for fuel efficiency and long-haul flights. It is building the smaller 787, which can carry 330 passengers.

''EADS made a strategic error by opting for a jumbo-sized jet rather than a fuel efficient model, especially if the price of oil increases further,'' said Matthieu Raimbault of French brokerage Viel Tradition.

The news is also a blow to EADS co-CEO Noel Forgeard, who in 2000 oversaw the launch of the A380 as the head of Airbus.

''We have now to find the right ways forward rather than finger pointing the responsibilities of the past,'' Forgeard said in a conference call, deflecting suggestions that the setback could cost him his job. ''We are working on managerial measures inside Airbus.''

Analyst Sash Tusa of investment bank Goldman Sachs called the delay ''very damaging both to the credibility of EADS management, and also to Airbus' reputation for program management.''

Some analysts have also suggested that BAE's position could be weakened by the news of further delays and it may get a lower price for its stake. EADS, which owns the other 80 percent of the company, has said it is interested in taking full control.

BAE, however, said it did not believe the delays would hurt the price it can get. 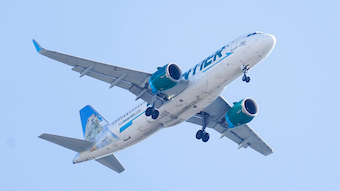 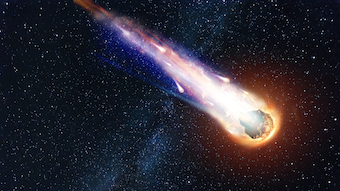 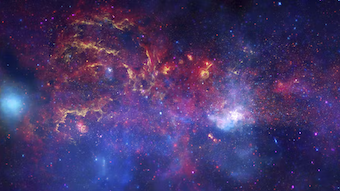