On Monday, U.S. Trade Representative Ambassador Katherine Tai took a shot at China’s trade practices. In response, National Association of Manufacturers President and CEO Jay Timmons released a statement. In it he said, “China is not following through on important commitments made in the 2020 U.S.–China ‘Phase One’ agreement."

Taiwan's Foxconn Has Deal to Buy Lordstown Plant in Ohio

Foxconn Technology Group has reportedly reached a deal to buy an auto assembly plant in Ohio from Lordstown Motors.

A few weeks ago, an elite team finished the first free-flight test of the HAWC, the Hypersonic Air-breathing Weapon Concept missile. Raytheon worked with Northrop Grumman to build the prototype for DARPA and the test was a success.

Chinese automaker GAC Group is making its first significant vehicle exports to Mexico. What is interesting is that the SUVs will carry the Dodge brand name.

Workers at All of Kellogg's U.S. Cereal Plants Go on Strike

Kellogg's cereal plants in Omaha, Nebraska, Battle Creek, Michigan, Lancaster, Pennsylvania and Memphis, Tennessee came to a halt on Tuesday when some 1,400 workers went on strike. Kellogg’s says its employees made an average of $120,000 last year. However, workers say it took a lot to get there, including 74- to 84-hour weeks.

The Basic Fun toy company did something crazy this week. It decided to ditch one-third of its Tonka Mighty Dump Trucks in China.

Please make sure to like, subscribe and share the podcast. You could also help us out a lot by giving the podcast a positive review. Finally, to email the podcast, you can reach any of us at Jeff, Anna or David [at] ien.com, with “Email the Podcast” in the subject line. 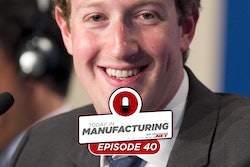 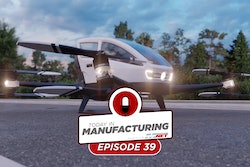 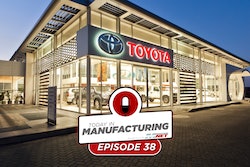