Taiwanese electronics giant Foxconn, which produces most of the world's iPhones at its plants in China, is considering building a new U.S. plant amid an uncertain trade environment between the two nations. 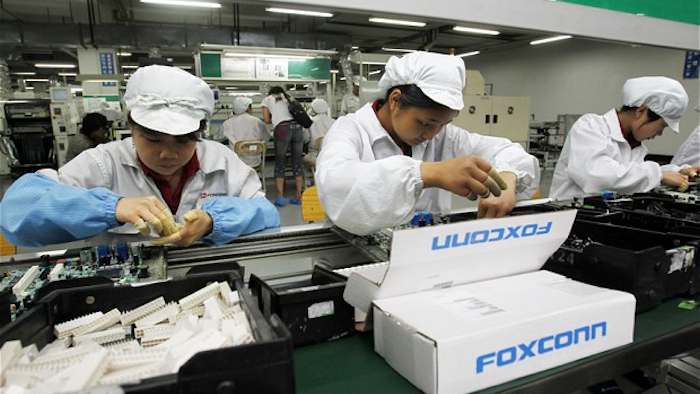 Taiwanese electronics giant Foxconn, which produces most of the world's iPhones at its plants in China, is considering building a new U.S. plant amid an uncertain trade environment between the two nations.

Foxconn chief executive Terry Gou told The New York Times over the weekend that the disclosure of the potential plant stemmed from a "private conversation" with Masayoshi Son, who heads Japanese telecommunications giant SoftBank Group.

Son reportedly vowed to spend $50 billion in the U.S. following a meeting with President-elect Donald Trump in December — but that announcement also inadvertently revealed a potential $7 investment tied to Foxconn.

“There is such a plan, but it is not a promise," Gou told the Times on Sunday. "It is a wish."

The factory would be built with Foxconn's Sharp electronics brand to manufacture panel displays for televisions. An investment of that size, Gou said, could translate to 30,000 to 50,000 new jobs.

The report indicated that Pennsylvania, where Foxconn already maintains operations, could be a candidate for a new factory.

Trump heavily criticized China's trade practices on the campaign trail and indicated that he could seek to raise tariffs on Chinese imports, which would make those goods more expensive in the U.S. and threatens to spark a trade war between the world's two largest economies.