Vehicle-to-vehicle communications, or V2V, enables cars to transmit their locations, speed, direction and other information ten times per second. 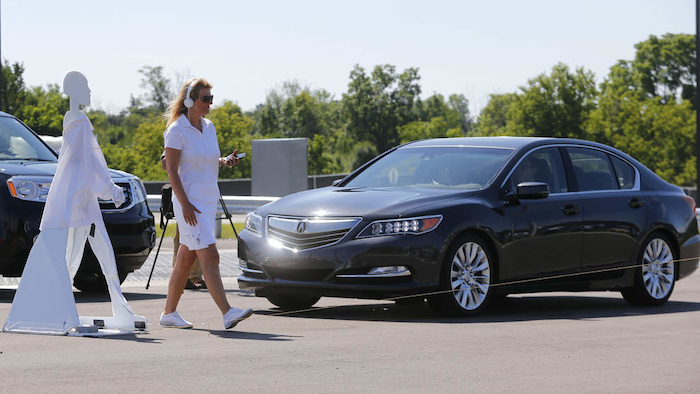 All new cars and light trucks would be able to talk wirelessly with each other, with traffic lights and with other roadway infrastructure under a proposal released Tuesday by the Transportation Department. Officials say the technology holds the potential to dramatically reduce traffic deaths and transform driving.

Vehicle-to-vehicle communications, or V2V, enables cars to transmit their locations, speed, direction and other information ten times per second. That lets cars detect, for example, when another vehicle is about to run a red light, is braking hard, changing lanes or coming around a blind turn in time for a driver to prevent a crash.

The technology has the potential to prevent or mitigate the severity of up to 80 percent of collisions that don't involve alcohol or drugs, officials said.

Automakers and the government have been working together on developing and testing the technology for more than a decade. Under the department's proposal, V2V systems would be required to "speak the same language" through standardized messaging the government has developed with industry.

The Federal Highway Administration plans to separately issue guidance to help transportation planners integrate two-way wireless technology into roadway infrastructure such as traffic lights, stop signs and work zones. Cars could communicate information on road conditions to the infrastructure, which could then be passed along to other vehicles as they come along. Traffic lights would know when to stay green to avoid unnecessary waiting and reduce congestion.

Automakers have said the technology is ready for the road, but they've been waiting for government regulations to ensure compatibility.

There is a 90-day comment period before the proposal can be made final, and there are often gaps of months or years between when rules are proposed and when they are made final. The proposal calls for 50 percent of new vehicles to have the technology within two years after a final rule is issued, and 100 percent of vehicles with four years.

It would still take years or even decades after that for the full potential of V2V to be realized. That's because V2V can prevent collisions only among vehicles equipped with the technology. It takes decades for the entire fleet of vehicles on the road to turn over. But the process of spreading V2V throughout the fleet may go faster if, as expected, devices are developed that enable motorists to add the technology to older vehicles. 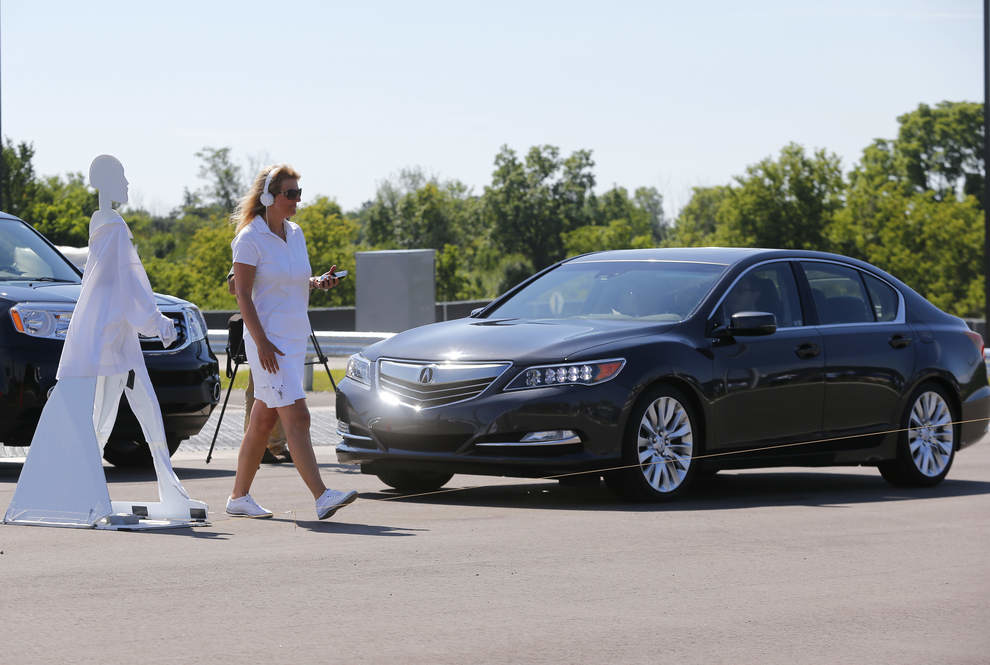 V2V's range is up to about 1,000 yards in all directions, even when sight is blocked by buildings or other obstacles. That gives the technology the advantage of being able to detect a potential collision before the driver can see the threat, unlike the sensors and cameras of self-driving cars that sense what's immediately around the vehicle.

Ultimately, self-driving cars that are also equipped with V2V may be the answer to traffic congestion because they'll be able to synchronize their movements so that they can merge seamlessly and travel in long, closely packed caravans at higher speeds, according to government and industry officials. That would improve traffic flow and increase highway capacity.

To protect privacy, V2V messages are anonymous — they don't contain any information on the driver, owner of the vehicle, make or model, vehicle identification number or license plate. The messages are also of brief duration and not retained, therefore it's not possible for a hacker to use the messages to determine where a vehicle has been, said Debra Bezzina, an engineer with the University of Michigan's Transportation Research Institute who works on the technology.