A small fire broke out at the Ivanpah Solar Electric Generating System yesterday, shutting down the world’s largest solar plant for several hours. 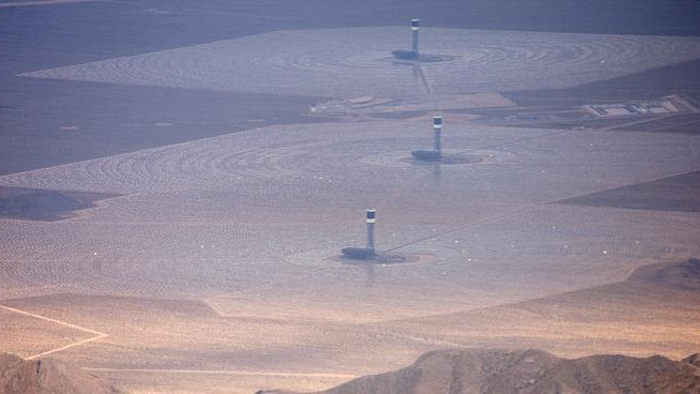 The three generator towers, one of which caught fire on Thursday, can be seen in this aerial image of the Ivanpah Solar Electric Generating System. (Image credit: Craig Butz / Wikimedia Commons)

A small fire broke out at the Ivanpah Solar Electric Generating System yesterday, shutting down the world’s largest solar plant for several hours and causing further damage which is still under investigation.

The fire was reported Thursday morning, and firefighters responded at about 9:30 a.m. The powerful plant uses 173,500 heliostats with two mirrors each to generate 392 megawatts on 4,000 acres of public land. The mirrors all focus sunlight onto three 495-foot towers, which then create steam in order to drive the turbines that produce the electricity.

The three generator towers, one of which caught fire on Thursday, can be seen in this aerial image of the Ivanpah Solar Electric Generating System. (Image credit: Craig Butz / Wikimedia Commons)

The fire appears to have been started by a misaligned mirror, which focused on the wrong level of the Unit 3 tower – about two-thirds of the way instead of at the top – and caused electrical cables to catch fire. Plant personnel were able to put the fire out even before firefighters arrived. It was officially determined that it burned for about 20 minutes, scorching steam ducts and water pipes and putting the tower out of commission.

In order to investigate the scenario, firefighters had to climb 300 feet up the tower.

Now, the plant is running at a third of its capacity, and the long-term effects on the California grid are unknown. (The Unit 3 tower is still shut down, and a second tower was turned off for regularly planned maintenance.) 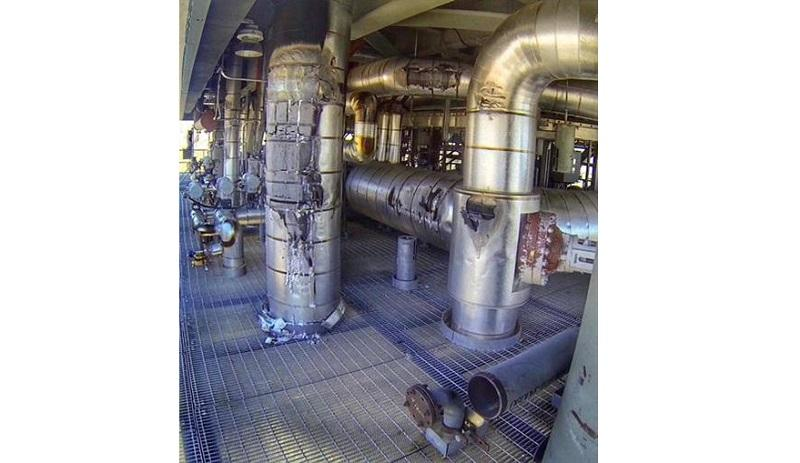 About 140,000 homes can run on the amount of energy generated at the plant.

The solar plant complex cost $2.2 billion to construct and opened in 2013. It’s currently under probation with the Pacific Gas & Electric company for not reaching the output levels agreed upon in the original power purchase agreement.

The park is part of California’s clean energy goal of drawing 50 percent of its energy from renewables by the end of 2030.