Top lawmakers struck a bipartisan agreement Thursday to allow President Barack Obama to negotiate trade deals subject to a yes-or-no vote from Congress without the possibility of changes. 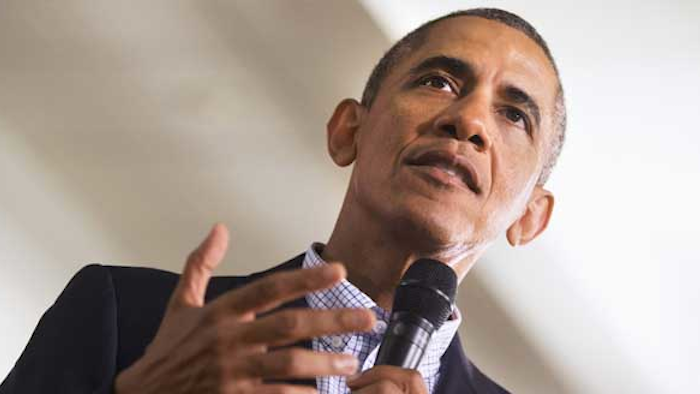 Top lawmakers struck a bipartisan agreement Thursday to allow President Barack Obama to negotiate trade deals subject to a yes-or-no vote from Congress without the possibility of changes.

Labor unions and others say the Pacific pact would hurt U.S. job growth and encourage other countries to abuse workers and the environment. The Obama administration rejects those claims, and says U.S. goods and services must have greater access to foreign buyers.

One Democrat, Sen. Sherrod Brown of Ohio, said the agreement marked only a start and could be derailed by amendments that might be added when lawmakers consider the bill in committees or on the floor of the House.

Brown and other Democrats who are aligned with organized labor are often highly suspicious of, or even hostile to, trade legislation. They argue such measures facilitate agreements that wind up destroying jobs in the U.S. and creating jobs in nations that lack the environmental and worker safety protections that exist in the United States.

Hatch said he expects the committee to consider the legislation next week.

Traditionally, trade legislation has also been accompanied by a parallel bill that provides funding under the Trade Adjustment Assistance program for American workers who are adversely affected by international accords. It was not immediately clear what agreements had been reached on the subject.

The past several presidents have had so-called trade promotion authority, under which Congress may vote yes or no on proposed international deals, but not amend them.

Authority has lapsed, and Obama is seeking its reinstatement at the same time the administration is pursuing global deals.

Given the opposition trade bills draw from Democrats, approval of the legislation will be challenging. That's in part because Republicans deeply oppose Obama's policies and say they are reluctant to increase his authority in any area.

The trade agreement closest to completion, the Trans-Pacific Partnership, would cover a number of Asian and North American countries with Pacific Ocean coastlines, including Japan, Canada and the United States.

A statement from the footwear industry, the Footwear Distributors and Retailers of America, hailed the legislation moments after it was announced. In a statement, the group said a Trans Pacific Partnership Agreement had the potential to "save the footwear industry and American consumers hundreds of millions of dollars a year in costs."

There was no immediate reaction from labor unions that traditionally have opposed trade legislation in the past.