Plants in four states will have to close the coal ash ponds months or years ahead of schedule. 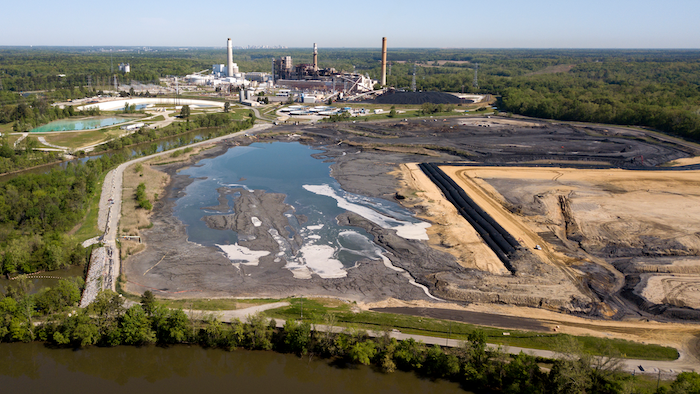 Plants in four states will have to close the coal ash ponds months or years ahead of schedule, the EPA said Tuesday, citing deficiencies with groundwater monitoring, cleanup or other problems.

Coal ash, the substance that remains when coal is burned to generate electricity, contains a toxic mix of mercury, cadmium, arsenic and other heavy metals. It can pollute waterways, poison wildlife and cause respiratory illness among those living near massive ponds where the waste is stored.

The actions mark the first time the EPA has enforced a 2015 rule aimed at reducing groundwater pollution from coal-fired power plants that has contaminated streams, lakes and underground aquifers.

The Obama administration regulated the storage and disposal of toxic coal ash for the first time, including a requirement to close coal-ash dumping ponds that were unstable or contaminated groundwater. The Trump administration weakened the Obama-era rule in 2020, allowing utilities to use cheaper technologies and take longer to comply with pollution reduction guidelines that are less stringent than what the agency originally adopted.

“For too long, communities already disproportionately impacted by high levels of pollution have been burdened by improper coal ash disposal,'' Regan said. “Today’s actions will help us protect communities and hold facilities accountable. We look forward to working with our state partners to reverse damage that has already occurred.''

The H.L. Spurlock plant in Maysville, Kentucky, will be required to fix groundwater monitoring as a condition for continued operation of its coal ash pond, the EPA said.

Lisa Evans, a senior attorney for the environmental group Earthjustice, said the enforcement action "sends a strong message to industry that (compliance with the EPA rule) is not a paperwork exercise. It requires them to clean up these toxic sites.''

"The EPA has sent a clear message that (power plant operators) cannot leave coal ash sitting in primitive, polluting ponds across the country,'' he said.

Utilities in Alabama, Georgia, Tennessee and other states that are still storing coal ash in leaking, unlined pits sitting in groundwater and next to waterways are among those affected by the decision, Holleman said.

Michelle Bloodworth, president and CEO of America's Power, a trade association that represents coal-fired utilities, said the group was reviewing the EPA's announcement. “On its face it doesn’t make sense to shut down prematurely coal plants that provide the security of on-site fuel storage or serve as an alternative when prices of natural gas and other sources spike" or are not available, she said.

Coal ash storage and disposal goes back decades, but went largely unregulated until a 2008 spill at a Tennessee Valley Authority power plant in Kingston, Tennessee. A containment dike burst and flooding covered more than 300 acres (121 hectares), dumped waste into two nearby rivers, destroyed homes and brought national attention to the issue.

In 2014, an estimated 39,000 tons of coal ash spewed into the Dan River after a drainage pipe running below a waste dump collapsed at a Duke Energy plant in Eden, North Carolina. The toxic sludge turned the river gray for more than 70 miles (112 kilometers).

The EPA on Tuesday reiterated its "consistently held position that surface impoundments or landfills cannot be closed with coal ash in contact with groundwater.'' Limiting contact between coal ash and groundwater after closure is critical to minimizing contaminants released into the environment and will help ensure communities near the sites have access to safe water for drinking and recreation, the EPA said.