Along with beef, soy, palm oil and wood products. 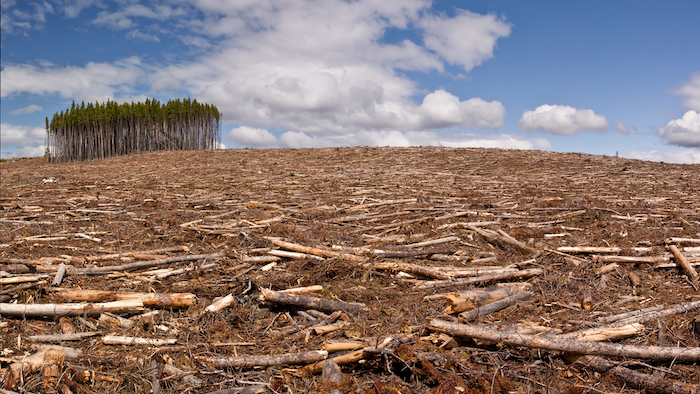 Every year the world loses an estimated 25 million acres (10 million hectares) of forest, an area larger than the state of Indiana. Nearly all of it is in the tropics.

Tropical forests store enormous quantities of carbon and are home to at least two-thirds of the world’s living species, so deforestation has disastrous consequences for climate change and conservation. Trees absorb carbon dioxide as they grow, slowing its buildup in the atmosphere – but when they are burned or logged, they release their stored carbon, fueling further warming. Tropical forest loss generates nearly 50% more greenhouse gases than does the global transportation sector.

At the 2021 U.N. conference on climate change in Glasgow, more than 100 world leaders pledged on Nov. 1 to halt deforestation by 2030. In the Declaration on Forests and Land Use, countries outlined their strategy, which focuses on supporting trade and development policies that promote sustainable production and consumption. Governments and private companies have pledged over US$19.2 billion to support these efforts.

From my research on social and environmental issues in Latin America, I know that four consumer goods are responsible for the majority of global deforestation: beef, soy, palm oil, and wood pulp and paper products. Together these commodities are responsible for the loss of nearly 12 million acres (5 million hectares) annually. There’s also a fifth, less publicized key driver: organized crime, including illegal drug trafficking.

The dominant role of beef

Beef is produced in many countries, but it mainly drives forest losses in Latin America. On the savannas of sub-Saharan Africa and the plains of the U.S. Midwest, cattle graze without directly contributing to deforestation.

Clearing land for palm oil plantations fuels large-scale rainforest destruction in Indonesia and Malaysia, where most of the world’s palm oil is produced, destroying habitat for endangered and threatened species such as orangutans, elephants and tigers. More recently, palm oil production has expanded to other parts of Asia, Central and South America and Central and West Africa.

Palm oil is the most commonly produced, consumed and traded vegetable oil. Some 60% of the 66 million tons produced globally every year is used to produce energy in the form of biofuel, power and heat. About 40% is used for food, animal feed and chemical products. Palm oil is an ingredient in half of all products found at the supermarket, including margarine, shampoos, frozen pizza and detergents.

Soy production has doubled globally in the past 20 years. Nearly 80% of global soy is fed to cows, chickens, pigs and farmed fish. This demand reflects the tripling of global meat production over the past 50 years.

The remaining soy is largely used to produce vegetable oil and biodiesel. Humans directly consume just 6% in the form of tofu, soy milk, edamame and tempeh.

The United States and Brazil produce nearly 70% of the world’s annual 350 million-ton soy crop. Brazil has rapidly caught up to U.S. production in the past 30 years, with disastrous consequences for tropical forests in the Amazon.

Wood products are responsible for about 5% of annual global deforestation, or about 1.2 million acres (500,000 hectares) yearly. Wood is widely used for home construction and furniture, and also as a pulp source for paper and fabric. And in low-income nations and rural areas, it’s an important fuel source for heating and cooking.

The three largest paper-producing countries are the U.S., Canada and China, but tropical countries have also become important pulp and paper sources. Timber plantations account for a growing share of tropical wood products, but there’s disagreement about whether this approach is more sustainable than logging natural forests. In Indonesia between 2001 and 2016, more forests were cleared to create wood product plantations than for palm oil production.

Making the supply chains for these four commodities more sustainable is an important strategy for reducing deforestation. But another industry plays an important role, especially in tropical forests: organized crime. Large, lucrative industries offer opportunities to move and launder money; as a result, in many parts of the world, deforestation is driven by the drug trade.

In South America and Central America, drug trafficking organizations are the vanguard of deforestation. Drug traffickers are illegally logging forests in the Amazon and hiding cocaine in timber shipments to Europe. In my research, I have analyzed how traffickers illegally log and raise cattle in protected areas in Central America to launder money and claim drug smuggling territory. Other scholars estimate that 30% to 60% of deforestation in the region is “narco-deforestation.”

Legal and illegal activities also interweave along the commodity chains for palm oil and soy. Forest Trends, a U.S. nonprofit that promotes market-based approaches to forest conservation, estimates that nearly half of deforestation for commercial products like cattle, soy, palm oil and wood products is illegal. According to the group’s analysis, exports tied to illegal deforestation are worth US$61 billion annually and are responsible for 25% of total global tropical deforestation.

Not all large-scale illegal deforestation is linked to drug trafficking organizations. But it is almost always tied to organized crime that depends upon corruption to operate.

Promoting sustainable production and consumption are critical to halting deforestation worldwide. But in my view, national and industry leaders also have to root organized crime and illicit markets out of these commodity chains. Until they do, global pledges to halt deforestation will have limited effect.

This article is republished from The Conversation under a Creative Commons license. Read the original article here: https://theconversation.com/organized-crime-is-a-top-driver-of-global-deforestation-along-with-beef-soy-palm-oil-and-wood-products-170906.