The union says any changes that affect pay or working conditions must be negotiated. 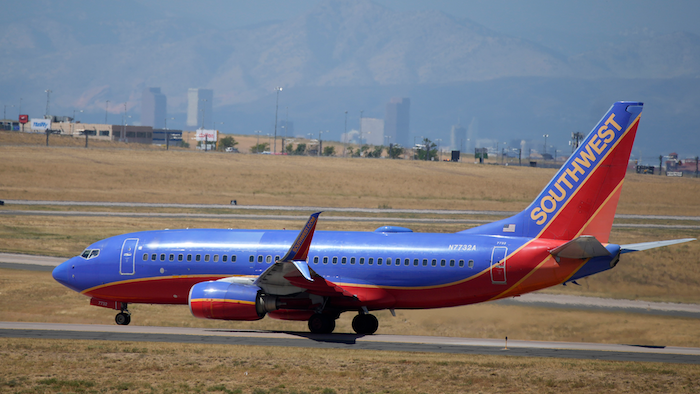 With the city skyline in the background, a Southwest Airlines jetliner taxis to the west runway for takeoff from Denver International Airport, Tuesday, Aug. 24, 2021, in Denver. The pilots’ union is suing Southwest Airlines, saying that rules the airline put into place before and during the pandemic have changed pay rates and working rules, in violation of federal labor law.
AP Photo/David Zalubowski

DALLAS (AP) — The pilots’ union is suing Southwest Airlines, saying that rules the airline put into place before and during the pandemic have changed pay rates and working rules, in violation of federal labor law.

The union says any changes that affect pay or working conditions must be negotiated, but that Southwest has made unilateral changes even while the two sides are at the bargaining table.

The Southwest Airlines Pilots Association, or SWAPA, filed the lawsuit Monday in federal district court in Dallas, where Southwest is based.

Southwest has been forced to respond to “unpredictable challenges” during the pandemic, said Russell McCrady, the airline's vice president of labor relations.

“The airline disagrees with SWAPA’s claims that any COVID-related changes over the past few months required negotiation,” he said.

Southwest has enjoyed better management-labor relations than other large U.S. airlines, and it boasts of never furloughing an employee. However, the lawsuit is the latest evidence of the carrier's increasingly strained relationship with unions, which represent 83% of its 56,000 employees.

Southwest — like its rivals — paid incentives for thousands of employees to quit last year, only to be caught short when travel picked up this summer. Unions for frontline workers including pilots and flight attendants have blamed management for many delayed and canceled flights.

The pilots' union is considering airing its grievances by picketing at airports later this year.

The two sides began negotiating over a new contract in January 2020.

Longtime Southwest Airlines CEO Will Step Down Next Year