Officials said if you fly a drone over the complex, you likely will lose it. 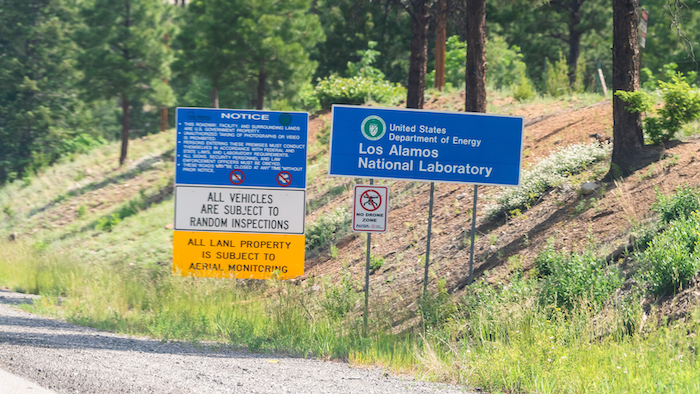 Authorities at one of the nation’s top nuclear weapons laboratories issued a warning Monday that airspace over Los Alamos National Laboratory is off limits.

The birthplace of the atomic bomb, Los Alamos lab reported that recent unauthorized drone flights have been detected in restricted airspace in the area.

Officials said if you fly a drone over the lab, you likely will lose it.

“We can detect and track a UAS (unmanned aircraft system), and if it poses a threat, we have the ability to disrupt control of the system, seize or exercise control, confiscate or use reasonable force to disable, damage or destroy the UAS,” said Unica Viramontes, senior director of lab security.

The lab would not release any specifics about how the system works, citing security protocols. They also would not say how many unauthorized flights have occurred in recent months.

Lab officials also warned of the potential for "collateral interceptions" of normal commercial or hobbyist drone flights, saying pilots should stay well outside the lab's restricted airspace and the additional no-drone zone designated by the Federal Aviation Administration.

According to the FAA, drones are prohibited from flying over sites designated as national security sensitive facilities. Aside from military bases and other Department of Defense sites, restrictions are in place for national landmarks and certain critical infrastructure such as nuclear power plants.