It's time to preserve the essential while redesigning high-risk areas. 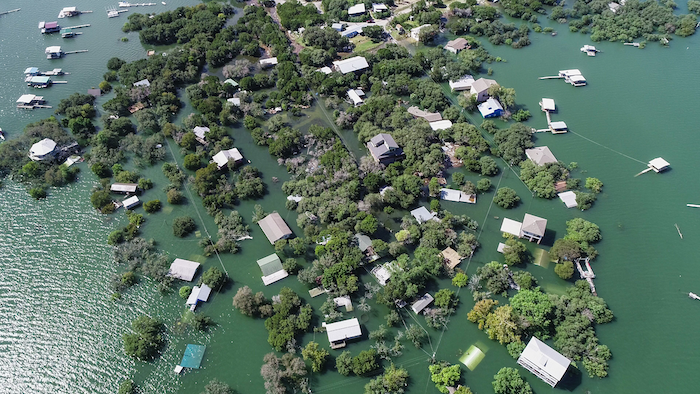 June’s record-breaking heat wave left more than 40 million Americans sweltering in temperatures over 100 degrees Fahrenheit. Some places reached 120 F, and energy grids were struggling to keep people cool. More than half the Western U.S. is now in extreme or exceptional drought, wildfires are already menacing homes, and hurricane season is off to another busy start.

This is what climate change looks like, and communities need to be prepared.

Sometimes small adaptations can help reduce the heat or minimize the damage. But when the risks get too high, one strategy that has to be considered is managed retreat – the purposeful movement of people, buildings and other infrastructure away from highly hazardous places.

Managed retreat is controversial, particularly in the United States, but it isn’t just about moving – it’s about adapting to change and building communities that are safer, addressing long-overlooked needs and incorporating new technologies and thoughtful design for living and working in today’s world. 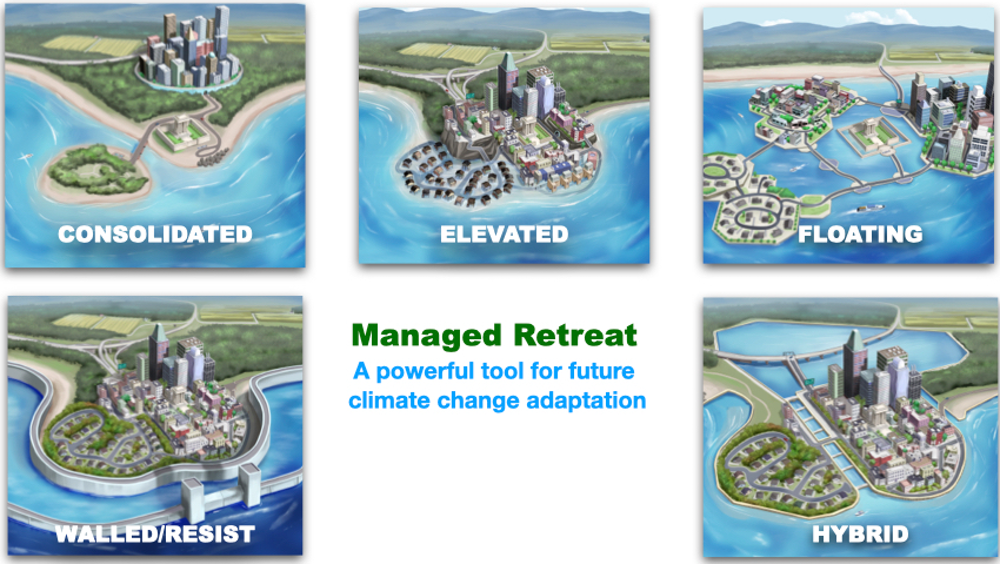 Managed retreat is one part of an adaptation toolkit.Elena Hartley

We argue in a new special issue of the journal Science that managed retreat is an opportunity to preserve the essential while redesigning high-risk areas in ways that are better for everyone.

U.S. Marine Corps Gen. Oliver P. Smith famously said of a retreat he led during the Korean War: “Retreat! Hell! We’re just advancing in a different direction.” Like Gen. Smith’s maneuver, retreat from climate change-related hazards, at its core, is about choosing a new direction.

Managed retreat could involve turning streets into canals in coastal cities. It could mean purchasing and demolishing flood-prone properties to create open spaces for stormwater parks that absorb heavy rains or retention ponds and pumping stations.

In some cases, managed retreat may involve building denser, more affordable housing that’s designed to stay cool, while leaving open spaces for recreation or agriculture that can also reduce heat and absorb stormwater when needed.

Managing retreat well is challenging. It affects numerous people – the residents who relocate, their neighbors who remain, and the communities where they move – and each may be affected differently. Soldiers Grove, Wisconsin, relocated its flood-prone business district in the late 1970s and used the opportunity to heat the new buildings with solar energy, earning the nickname “Solar Village.” The move reinvigorated the local economy, yet while the project is hailed as a success, some residents still miss the old town. For managed retreat to be a viable strategy, relocation plans must not only help people move to safer ground but also meet their needs. This may involve a wide range of social issues, including cultural practices, affordable housing, building codes, land use, jobs, transportation and utilities.

Since high-risk areas are often home to low-income communities and Black, Indigenous and other communities of color, addressing climate risk in these areas may also require addressing a national legacy of racism, segregation and disinvestment that has put these communities at risk and left many with few choices to address floods, fires and other hazards.

At its simplest, managed retreat can be a lifeline for families who are tired of the emotional and financial stress of rebuilding after floods or fires, but who cannot afford to sell their home at a loss or don’t want to sell and put another family at risk.

Even if an individual or community decides not to retreat, thinking critically and talking openly about managed retreat can help people understand why remaining in place is important, and what risks they are willing to face in order to stay.

The losses involved in moving can be obvious, including cost, but there are losses to staying in place, too: physical risk of future hazards, increased emotional and financial stress, potential loss of community if some residents or businesses leave to find safer ground, pain from watching the environment change and lost opportunities to improve.

If people can articulate why it is important to remain in place, they can make better plans.

Maybe it is important to stay because a building is historic and people want to protect that history. That opens up creative conversations about the ways people have preserved risk-prone historic buildings and sites. And it invites others to help document that heritage and educate the community, perhaps though oral histories, video records or 3D models.

Maybe it is important for owners to stay because the land has been in the family for generations. That could kick-start conversations with the next generation about their goals for the land, which may include preservation but may also include changes.

Maybe a deep, emotional attachment to a community or home could make a person want to stay. Conversations could focus on moving nearby – to a new house that’s safer but still part of the community – or physically relocating the house to a safer place. It could also mean finding strategies, like life estates, that allow people to stay in their home as long as they want, but that would prevent a new family from moving in and putting their kids at risk.

If staying seems important because the local economy depends on the beach, that could start a conversation about why moving back from the beach can be the best way to save the beach and its ecosystem, to prevent walls from narrowing it and to maintain public access without homes on stilts hovering over the tide.

This article is republished from The Conversation under a Creative Commons license. Read the original article here: https://theconversation.com/managed-retreat-done-right-can-reinvent-cities-so-theyre-better-for-everyone-and-avoid-harm-from-flooding-heat-and-fires-163052.