The technology shows where investments in nature, such as parks and marshlands, could maximize benefits to people. 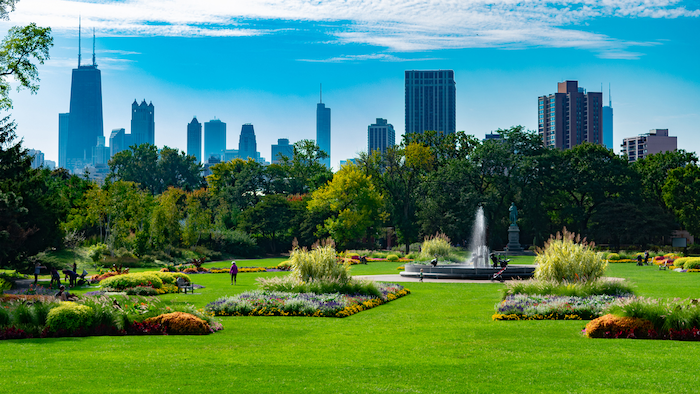 New technology could help cities around the world improve people's lives while saving billions of dollars. The free, open-source software developed by the Stanford Natural Capital Project creates maps to visualize the links between nature and human wellbeing. City planners and developers can use the software to visualize where investments in nature, such as parks and marshlands, can maximize benefits to people, like protection from flooding and improved health.

"This software helps design cities that are better for both people and nature," said Anne Guerry, Chief Strategy Officer and Lead Scientist at the Natural Capital Project. "Urban nature is a multitasking benefactor - the trees on your street can lower temperatures so your apartment is cooler on hot summer days. At the same time, they're soaking up the carbon emissions that cause climate change, creating a free, accessible place to stay healthy through physical activity and just making your city a more pleasant place to be."

By 2050, experts expect over 70 percent of the world's people to live in cities - in the United States, more than 80 percent already do. As the global community becomes more urban, developers and city planners are increasingly interested in green infrastructure, such as tree-lined paths and community gardens, that provide a stream of benefits to people. But if planners don't have detailed information about where a path might encourage the most people to exercise or how a community garden might buffer a neighborhood from flood risk while helping people recharge mentally, they can't strategically invest in nature.

"We're answering three crucial questions with this software: where in a city is nature providing what benefits to people, how much of each benefit is it providing and who is receiving those benefits?" said Perrine Hamel, lead author on a new paper about the software published in Urban Sustainability and Livable Cities Program Lead at the Stanford Natural Capital Project at the time of research.

The software, called Urban InVEST, is the first of its kind for cities and allows for the combination of environmental data, like temperature patterns, with social demographics and economic data, like income levels. Users can input their city's datasets into the software or access a diversity of open global data sources, from NASA satellites to local weather stations. The new software joins the Natural Capital Project's existing InVEST software suite, a set of tools designed for experts to map and model the benefits that nature provides to people.

To test Urban InVEST, the team applied the software in multiple cities around the world: Paris, France; Lausanne, Switzerland; Shenzhen and Guangzhou, China; and several U.S. cities, including San Francisco and Minneapolis. In many cases, they worked with local partners to understand priority questions - in Paris, candidates in a municipal election were campaigning on the need for urban greenery, while in Minneapolis, planners were deciding how to repurpose underused golf course land.

In Shenzhen, China, the researchers used Urban InVEST to calculate how natural infrastructure like parks, grassland and forest would reduce damages in the event of a severe, once-in-one-hundred years storm. They found that the city's nature would help avoid $25 billion in damages by soaking up rain and diverting floodwaters. They also showed that natural infrastructure - like trees and parks - was reducing the daily air temperature in Shenzhen by 5.4 degrees Fahrenheit (3 degrees Celsius) during hot summer days, providing a dollar value of $71,000 per day in benefits to the city.

Nature is often distributed unevenly across cities - putting lower-income people at a disadvantage. Data show that lower-income and marginalized communities often have less access to nature in cities, meaning they are unable to reap the benefits, like improved mental and physical health, that nature provides to wealthier populations.

In Paris, the researchers looked at neighborhoods without access to natural areas and overlaid income and economic data to understand who was receiving benefits from nature. The software helped determine where investments in more greenspace - like parks and bike paths - could be most effective at boosting health and wellbeing in an equitable way.

Planning for a greener future

In the Minneapolis-St. Paul, Minnesota region, golf revenue is declining. The downturn has created an appealing opportunity for private golf courses to sell off their land for development. But should developers create a new park or build a new neighborhood? Urban InVEST showed how, compared to golf courses, new parks could increase urban cooling, keep river waters clean, support bee pollinators and sustain dwindling pockets of biodiversity. New residential development, on the other hand, would increase temperatures, pollute freshwater and decrease habitat for bees and other biodiversity.

Urban InVEST is already seeing use outside of a research setting - it recently helped inform an assessment of how nature might help store carbon and lower temperatures in 775 European cities.

"Cities, more than any other ecosystems, are designed by people. Why not be more thoughtful about how we design the places where most of us spend our time?" said Guerry, also an author on the paper. "With Urban InVEST, city governments can bring all of nature's benefits to residents and visitors. They can address inequities and build more resilient cities, resulting in better long-term outcomes for people and nature."