A video game maker opened a new front in its war against the tech giant's app store. 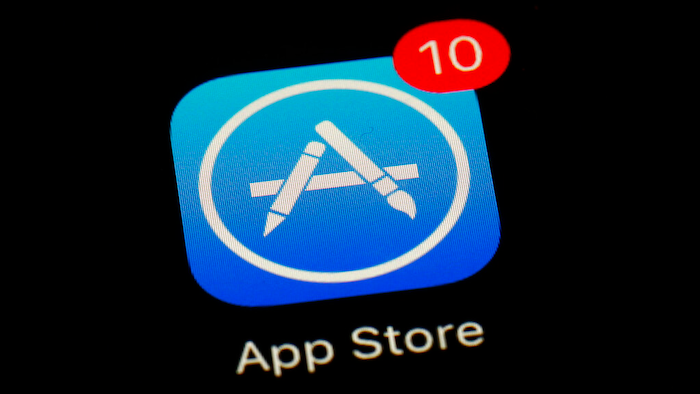 LONDON (AP) — Epic Games said Wednesday it filed an antitrust complaint against Apple with European Union regulators, opening a new front in its war with the tech giant over app store payments.

Epic, which makes the popular video game Fortnite, is locked in a battle with Apple over the app store, which takes a 30% cut from all in-app purchases. When Epic tried last year to bypass the platform with a direct payment system, Apple dropped the Fortnite app from its app store. In return, Epic filed legal challenges in the U.S., Australia and Britain.

In its complaint to the European Commission’s competition watchdog, Epic Games alleged that Apple’s restrictions have eliminated competition in app distribution and payment. It accused Apple of blocking competitors and abusing its dominant position, in breach of EU rules.

“What’s at stake here is the very future of mobile platforms,” Epic Games CEO Tim Sweeney said in an online post. “We will not stand idly by and allow Apple to use its platform dominance to control what should be a level digital playing field."

Apple fired back at Epic Games, saying it introduced a payment feature that Apple did not review or approve, with the intention of violating app store guidelines that apply equally to every developer and are aimed at protecting customers.

"Their reckless behavior made pawns of customers, and we look forward to making this clear to the European Commission,” Apple said in a statement.

A spokeswoman for the EU’s executive Commission confirmed that it has received the complaint, which would be assessed under standard procedures.

Fortnite is free but players can buy in-game accessories like weapons and skins. Epic said when it gave players the choice of using the Apple Pay system or making direct payments to save money, “Apple retaliated by blocking Fortnite updates.”

And while Apple launched its own game distribution service, Apple Arcade, it barred rivals from doing the same, Epic said.

Epic Games is in a similar dispute with Google, which also dropped the Fortnite app from its Play store over the direct payment feature.

Google Android users can still download Fortnite from unofficial app sites, but that option' is generally not available to Apple iOS users.

Other app developers such as Spotify have also taken their grievances to the European Commission, which has already launched dual investigations into Apple's app store and payment platform. Spotify refuses to use Apple’s payment system, saying it makes subscriptions more expensive than Apple’s rival music streaming service. Spotify users pay for their subscriptions via the company's website rather than on the app.