Cannabis Creating Jobs Faster than Any Other American Industry 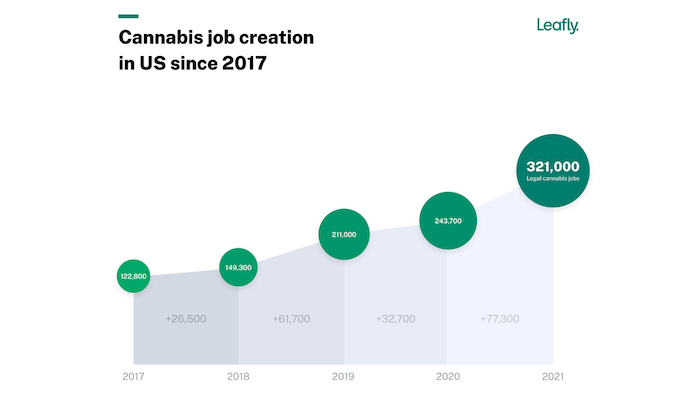 The industry also added 77,300 jobs in 2020, a 32% increase in year-over-year growth despite the many challenges presented by the COVID-19 pandemic. Cannabis is creating jobs at a faster rate than any other American industry.

Declared essential businesses by many states, cannabis-related businesses not only created new jobs, but drove a record-high $18.3 billion worth of cannabis product sales in 2020. The 71% increase over 2019 provided crucial tax revenue that has helped communities across the country.

Despite record growth in the industry, the report also shows how legal cannabis still faces social equity challenges. Troubling racial and gender disparities in business ownership remain, and the report examines strategies to close this gap, including legalizing, decriminalizing, and descheduling cannabis, as well as removing barriers to capital for communities of color. 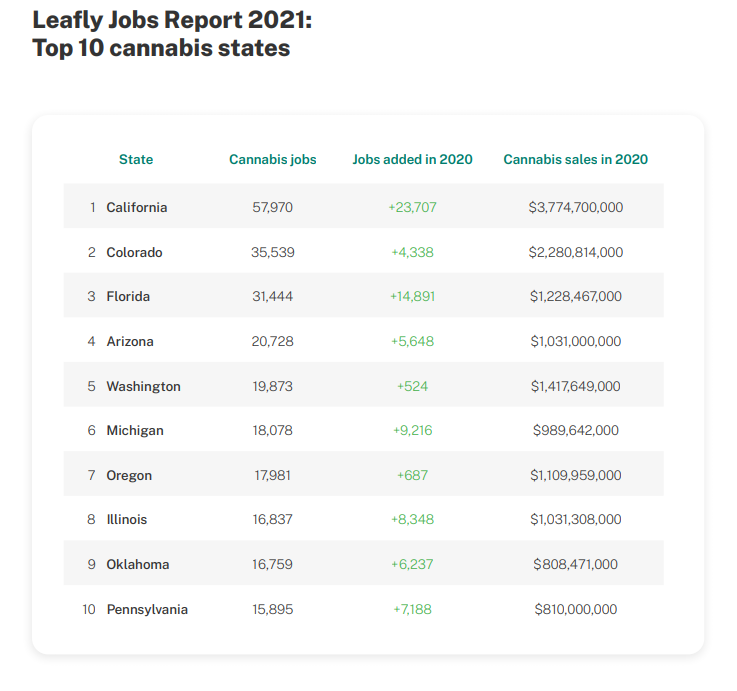 A look at the top ten states by job.Leafly