Geely's venture with Baidu will focus on intelligent and connected vehicles. 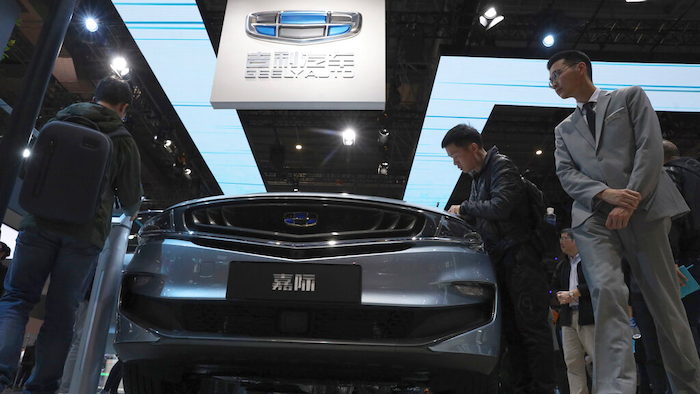 BEIJING (AP) — Chinese automaker Geely says it will form an electric car venture with tech giant Baidu, adding to a flurry of corporate tie-ups in the industry to share soaring technology development costs.

Geely Holding Group, which also has separate electric car brands, said Monday the venture with Baidu.com Inc. would focus on intelligent and connected vehicles. It gave no details of investment or when products might be released.

Global and Chinese automakers have launched partnerships to share the multibillion-dollar costs of developing electric vehicles for China under government pressure to meet sales quotas.

China is the world’s biggest market for the technology, accounting for about half of global sales. The ruling Communist Party spent billions of dollars on subsidies in an attempt to take an early lead in the industry. It is shifting the burden to manufacturers by requiring them to earn credits from selling electric vehicles or face penalties that have yet to be announced.

Privately held Geely, best known abroad as the owner of Sweden’s Volvo Cars, is one of China’s biggest independent automakers. Its brands include Geely, Lynk & Co., Geometry and Polestar, all of which sell electric vehicles. Geely is the biggest shareholder in Malaysia’s Proton and Britain’s Lotus.

Baidu operates China’s most popular internet search engine. It is regarded as one of the world’s leading developers of automated driving technology.