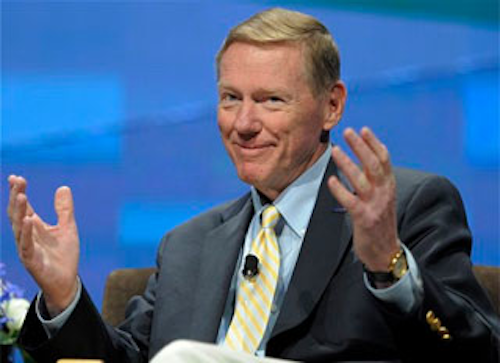 The payout is sure to be a sore subject among some Ford factory workers, who have cited Mulally's pay when they have voted against contract changes. Mulally made $26.5 million in 2010, making him the ninth highest-paid CEO in the U.S. last year, according to calculations by The Associated Press. United Auto Workers President Bob King has called Mulally's pay "morally wrong."

But the company says Mulally's compensation is fair because it's tied to the shares' success.

"Our compensation philosophy is to align the interests of our leadership with those of our shareholders," Ford said in a statement Tuesday. "Ford's stock was $1.96 a share at the time of the 2009 awards, and is over $12 a share today. That is a more than a 500 percent increase, which benefits all stakeholders in the Ford turnaround."

Mulally was given 4.8 million stock units for his performance in 2009, a pivotal year in the company's turnaround when it posted its first annual profit since 2005. Ford withheld 1.9 million shares for taxes. The remaining 2.85 million units were converted to shares worth $34.5 million at Tuesday's closing stock price of $12.09.

The stock awards were disclosed Tuesday in a regulatory filing. Mulally's 2011 salary and other compensation will be released later this spring.

Mulally also received 1.2 million stock options that will fully vest in three years. Those options have a strike price of $12.49 per share. He was also granted 376,000 stock units for his 2011 performance that will convert to shares in 2014.

Mulally, 66, has been widely credited with turning Ford around since he was hired as CEO in 2006. He made the critical decision to mortgage most of the company's assets — including its Blue Oval logo — for $23.5 billion to fund a turnaround. That decision helped the company avoid taking government aid and filing for bankruptcy in 2009, two steps that rivals General Motors Co. and Chrysler Group were forced to take. Mulally also has streamlined global operations and introduced successful new models like the Ford Explorer SUV and Ford Fiesta subcompact.

In an interview with The Associated Press last fall, Mulally defended his compensation, saying it is entirely tied to the success of Ford.

"The vast majority of my compensation is at risk, because the numbers that you see are only realizable if we profitably grow the corporation. And that's the way it should be," he said.