"Currency manipulation takes away American jobs," the U.S. Business and Industry Council's ad says. "Congress must insist on clear and enforceable provisions in the Trans-Pacific Partnership, so the walls protecting currency manipulators can be torn down." 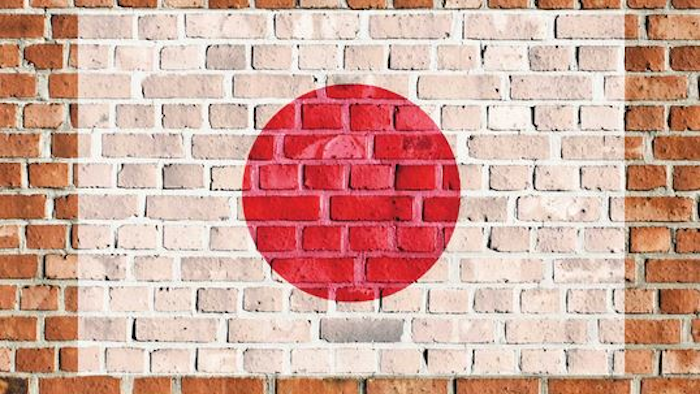 The U.S. Business and Industry Council's ad coincided with Japanese Prime Minister Shinzo Abe's visit to the U.S. this week, which will include an unprecedented address to a joint session of Congress.

Although Abe's trip will focus on defense and foreign policy initiatives, both countries are also among the 12 Pacific Rim nations negotiating the Trans-Pacific Partnership.

Other manufacturing groups supported the trade agreement as a way to expand their export markets, but the USBIC ad accused Japan of intervening in currency markets hundreds of times over the past 24 years "to manipulate the value of its currency and subsidize its exports."

The ad shows an image of the Japanese flag sprayed against a brick background, with the headline reading, "It's like trading with a brick wall."

"Currency manipulation takes away American jobs," the ad says. "Congress must insist on clear and enforceable provisions in the Trans-Pacific Partnership, so the walls protecting currency manipulators can be torn down."

Congress is currently debating whether to grant Trade Promotion Authority to the Obama administration. The policy would allow Congress to establish priorities for trade talks but prevents lawmakers from altering agreed-upon deals when they come up for approval votes.

Critics — including many in the president's own party as well as organized labor groups — vowed to fight against TPA. They argued Congress should retain its authority over potential trade agreements amid currency manipulation by China and Japan, but they also oppose those deals as a whole and predicted the TPP would lead to "more lost jobs and lower wages."