Caterpillar says it ruled Illinois out of plans to relocate a factory and 1,400 jobs from Japan because of hiked corporate taxes and logistical concerns. 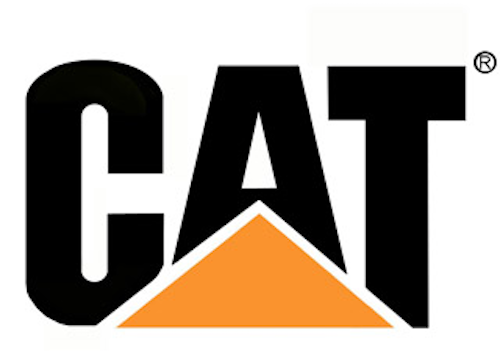 CHAMPAIGN, Ill. (AP) — Caterpillar Inc. has ruled Illinois out of plans to relocate a factory and 1,400 jobs from Japan, citing both logistical problems with building the plant in its home state and ongoing concerns about the business climate.

Caterpillar laid out its decision Tuesday in an email to elected leaders in Peoria County, saying it considered factors such as access to ports and local labor markets, as well as proximity to Caterpillar's building and construction projects division headquarters in Cary, N.C.

"Please understand that even if your community had the right logistics for this project, Caterpillar's previously documented concerns about the business climate and overall fiscal health of the state of Illinois still would have made it unpractical for us to select your community for this project," the email, a copy of which was obtained by The Associated Press, says.

Caterpillar CEO Doug Oberhelman last year complained to Gov. Pat Quinn about the state's business climate after Illinois raised income taxes. Oberhelman noted that Caterpillar is regularly courted by other states trying to lure away the company's headquarters, though he later said the company has no plans to leave.

While declining to address the email, Caterpillar spokesman Jim Dugan said Wednesday that many of those concerns persist.

"It remains our desire to work collaboratively, but we're not going to be shy about expressing our concerns about the state of the state," Dugan said. "It needs bipartisanship, and it needs not just the governor, but the Legislature and the governor's office to make some long-term decisions that will put the state on good fiscal footing."

The governor signed off on the tax increase last January to try to help cut a multibillion-dollar state government budget deficit. The personal income tax increased from 3 percent to 5 percent and the corporate rate rose from 4.8 percent to 7 percent.

On Wednesday, a spokesman for Quinn said the governor hopes to work on some of Caterpillar's concerns this year.

"That includes both major Medicaid and pension reforms in the next year," spokeswoman Brooke Anderson said. She declined to provide details, saying Quinn would cover those in his budget address on Feb. 22.

Peoria was one of just under a dozen Illinois locations bidding for the plant Caterpillar plans to build, Dugan said. He declined to name them.

Peoria County board member Allen Mayer said he wasn't surprised by the decision.

"Caterpillar has indicated all along that they were considering other locations, and they've also been very vocal about some of their concerns about Illinois," he said. "I agree that Illinois is in a difficult situation with its fiscal, its current fiscal situation ... and it's going to take many years to get out of it."

The existing Caterpillar plant, now located in Sagami, Japan, manufactures excavators and small tractors. The company plans to move those operations to the new site and retool the Japanese plant to manufacture components for a range of Caterpillar machines.

The company still plans to announce the location by April 1, start construction in mid-2013 and be at full capacity in four to five years, Dugan said. He declined to name the sites that remain contenders.

The email indicated, though, that the plant will be built in "tight" proximity to the Cary, N.C., division headquarters.

"We have defined a very tight search area that is primarily being driven by logistics, port access, and proximity to our division headquarters in Cary, North Carolina," the email said.

Sandy Jordan is vice president of the Cary Chamber of Commerce. He said Cary, a Raleigh suburb in the Research Triangle region, has not made a pitch to Caterpillar to host the new plant, and hasn't heard form the company about its plans.

Sophia Tareen of The Associated Press contributed to this report from Chicago.