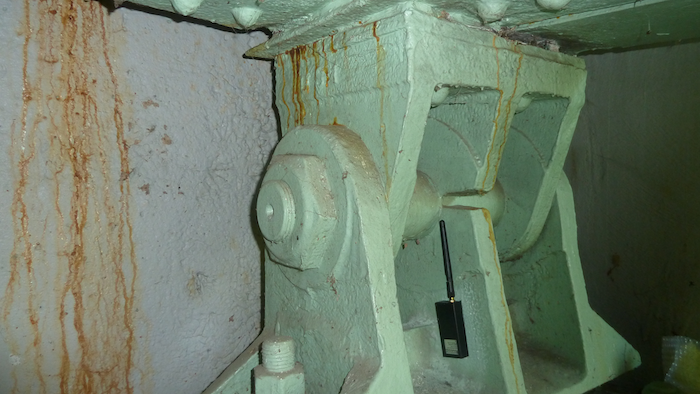 Remote wireless devices require specialized battery-powered solutions, especially for low-power applications that operate mainly in a “stand-by” state while periodically drawing pulses in the multi-amp range for an average current measurable in micro-amps.

When designing a low-power solution, you need to factor in the amount of current consumed during active mode (including the size, duration, and frequency of pulses); energy consumed during “stand-by” mode (the base current); storage time (as normal self-discharge during storage diminishes capacity); thermal environments (including storage and in-field operation); equipment cut-off voltage (which drops as cell capacity is exhausted or during prolonged exposure to extreme temperatures); along with the annual self-discharge rate (which typically exceeds the amount energy consumed while operating the device). 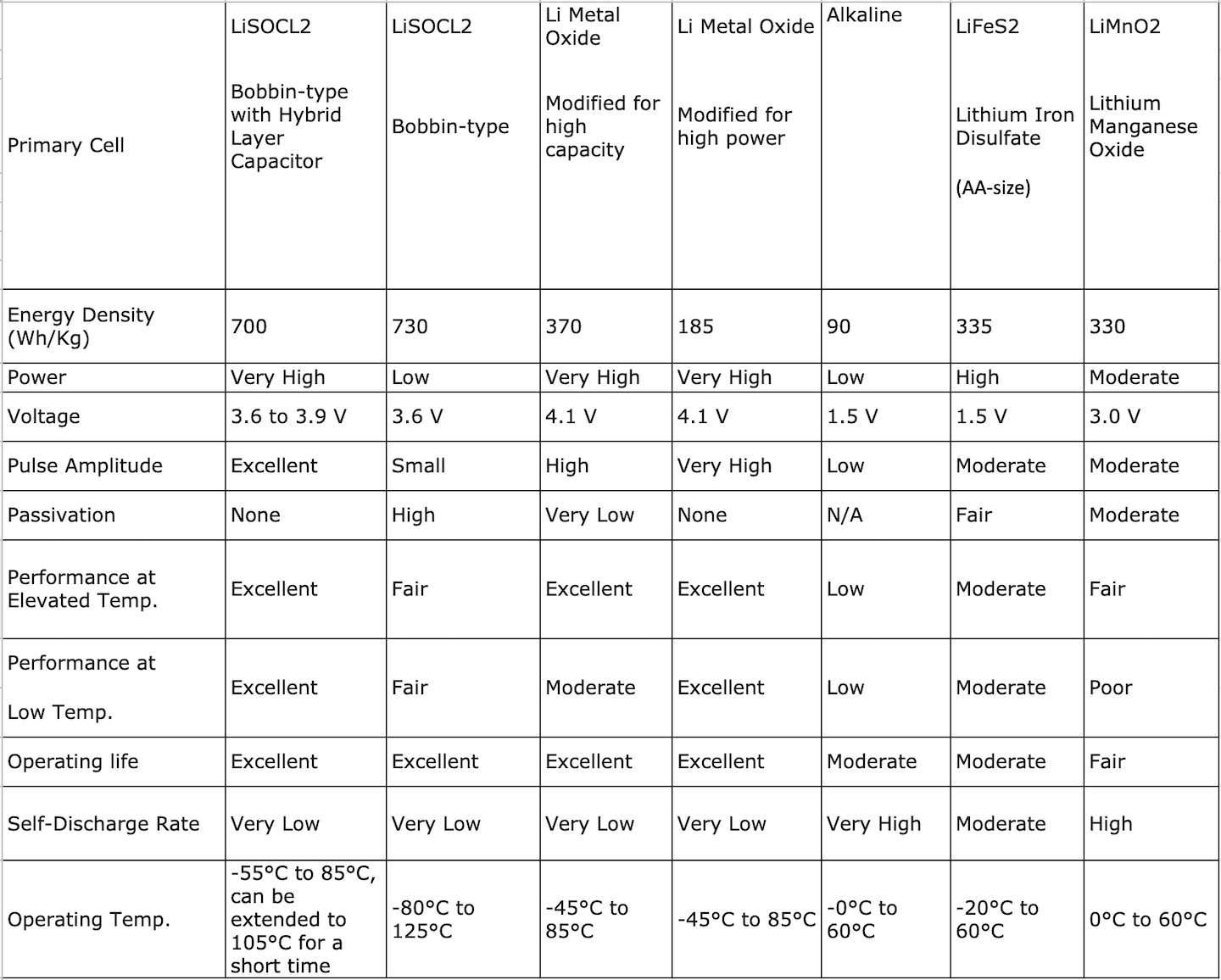 Self-discharge is common to all batteries, as chemical reactions occur even when the battery is not in use: a phenomenon best controlled by harnessing the passivation effect.

Passivation involves a thin film of lithium chloride (LiCl) that forms on the surface of the lithium anode to separate the anode from the electrode, thus limiting the chemical reactions that cause self-discharge. Whenever a load is placed on the cell the passivation layer causes initial high resistance and a temporary drop in voltage until the discharge reaction begins to dissipate the passivation layer: a process that keeps repeating.

Passivation and self-discharge can vary based on the method of manufacturing and the quality of the raw materials. For example, a superior quality bobbin-type LiSOCl 2 cell can deliver a self-discharge rate of just 0.7% per year, retaining 70% of its original capacity after 40 years. By contrast, a lower quality bobbin-type LiSOCl 2 cell can have a self-discharge rate of up to 3% per year, losing 30% of its capacity every 10 years, limiting potential operating life to 10-15 years. 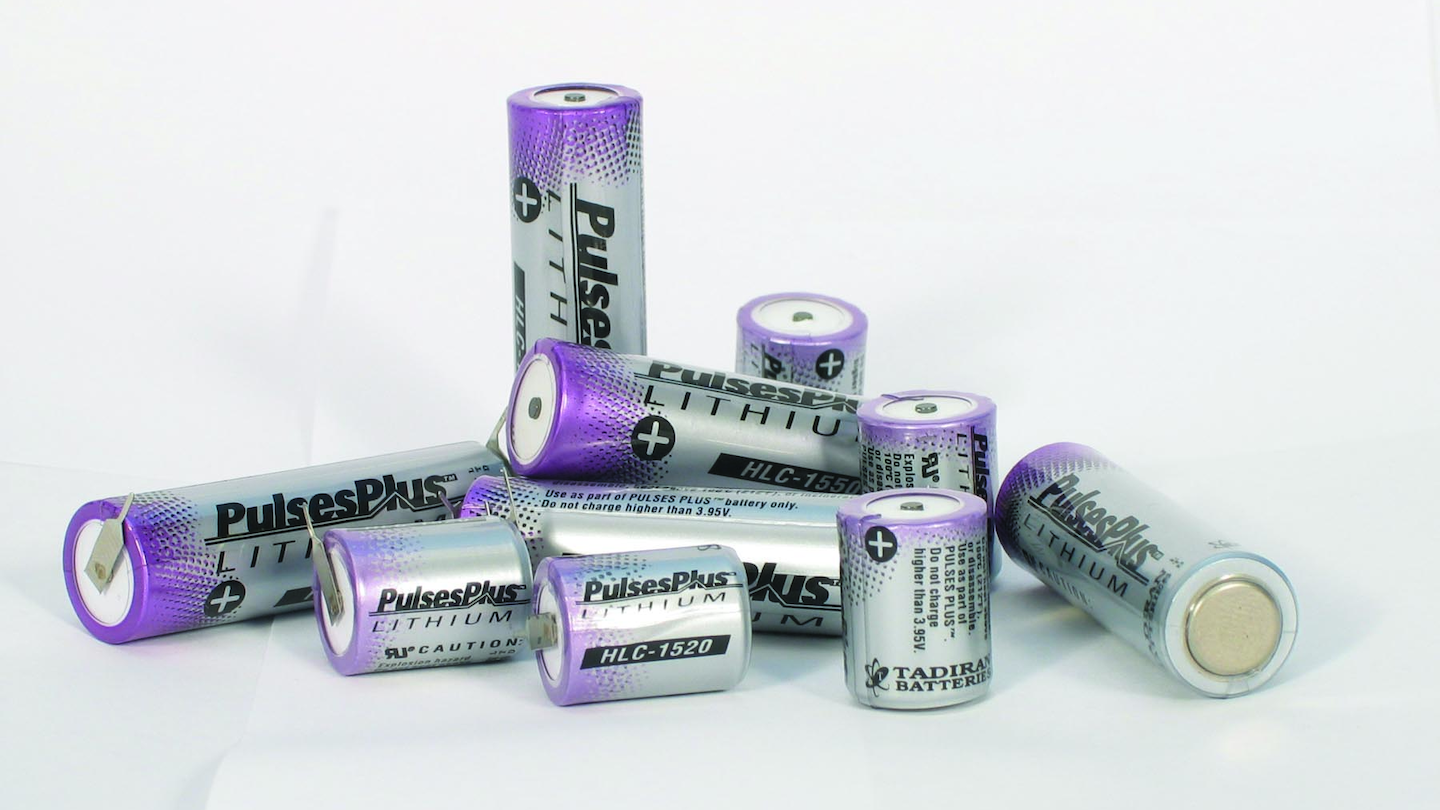 Tadiran delivers low-level background current during ‘standby’ mode while the HLC delivers up to 15A pulses during ‘active’ mode when data is being queried or transmitted. As an added benefit the HLC features a unique end-of-life voltage plateau that permits ‘low battery’ status alerts.

This hybrid solution is preferred over supercapacitors for industrial applications. While found in many consumer electronic devices, Supercapacitors have significant drawbacks for industrial applications, including: short-duration power; linear discharge qualities that do not permit full discharge of available energy; low capacity; low energy density; and a very high self-discharge rate of up to 60% per year. Supercapacitors linked in series also require bulky and expensive cell-balancing circuits that draw additional energy to further shorten their operating life.

Does your application require a battery that can last as long as your device? Then do your due diligence and demand long-term test results, in-field performance data under similar environmental conditions, and multiple customer references. This knowledge could help to reduce your cost of ownership since the impact of higher annual self- discharge may not become apparent for years and is commonly underestimated by theoretical models.

Sol Jacobs is the vice president and general manager of Tadiran Batteries.