How Liquid Freight switched from off-the-shelf TMS to custom software with surprising success. 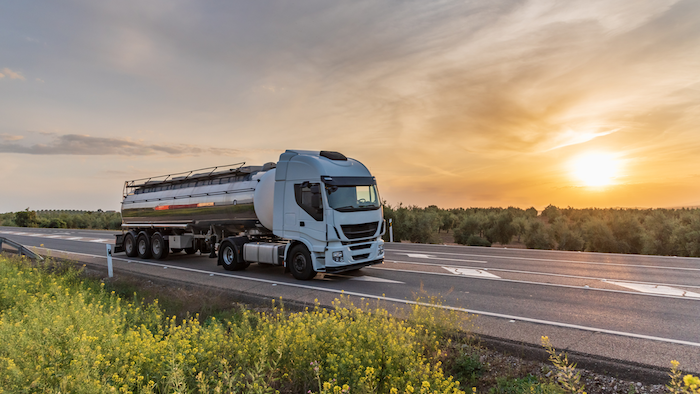 Liquid Freight solves logistical challenges for the liquid food-grade community. Up until recently the company had invested a lot in a well-known transportation management software (TMS) to power the web portal its carriers used.

Yet, according to the company’s director of business systems and technology, Jared Wallace, the TMS proved to be too rigid for rapid innovation and began to “hold the company back.” So what did Liquid Freight do? It opted to solve the problem by developing a custom proprietary software platform.

Liquid Freight is now saving nearly six figures a year, generating a new source of revenue, and serving its carriers better. The freight brokerage’s experience exemplifies the benefits of moving from off-the-shelf to custom software.

Liquid Freight has built a strong business by putting relationships first, not transactions. In fact, this very mindset is what eventually motivated the company to move beyond its off-the-shelf TMS, which was making it difficult to do the following:

As the constraints of the TMS grew more apparent, Liquid Freight began to imagine all the things they could do better with a customized software platform of their own. That’s when they decided to take the next step: embark on a custom application project.

“Within a month, we were on the road to development. And in less than six months, we were live with our own proprietary software,” says Wallace.

“We had systems in place that prevented hiccups in our service level,” says Wallace. “Our custom software platform played a huge role in that because it’s based on our specific workflows.”

Custom Software: Helping You “Change When Change Is Needed”

When the 32nd annual State of Logistics Report came out this year, the Council of Supply Chain Management Professionals appropriately titled it “Change of Plans.” The phrase succinctly captures the various resets, shifts, stoppages, and surges that have characterized the logistics sector for the past year and half or so.

But when your main business is actually solving logistical challenges for your customers, throwing up your arms and blaming things on a crazy, unpredictable world is hardly an option.

Pandemic or not, custom logistics software has been critical in empowering Liquid Freight to “change when change is needed,” as Wallace puts it.

Is off-the-shelf software holding you back from needed changes? Maybe it’s time to start envisioning how you could function more effectively with custom software. Change is inevitable. The question is, How well can your software help you adapt?

Erin Courtenay is Vice President of Digital Services at Earthling Interactive. As a “digital empathy practitioner,” she specializes in helping businesses overcome the natural anxiety that comes with digital transformation. Erin and her team of programmers help clients get out of digital limbo through careful listening and diligent coding.