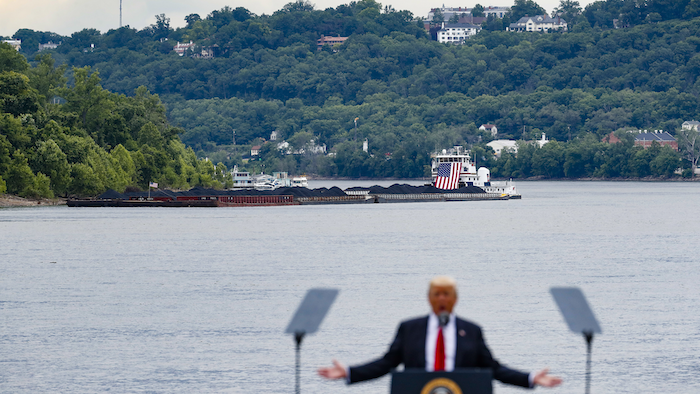 The Trump administration has rejected a coal industry push to win a rarely used emergency order protecting coal-fired power plants, a decision contrary to what one coal executive said the president personally promised him.

The Energy Department says it considered issuing the order sought by companies seeking relief for plants it says are overburdened by environmental regulations and market stresses. But the department ultimately ruled it was unnecessary, and the White House agreed, a spokeswoman said.

The decision is a rare example of friction between the beleaguered coal industry and the president who has vowed to save it. It also highlights a pattern emerging as the administration crafts policy: The president's bold declarations — both public and private — are not always carried through to implementation.

President Donald Trump committed to the measure in private conversations with executives from Murray Energy Corp. and FirstEnergy Solutions Corp. after public events in July and early August, according to letters to the White House from Murray Energy and its chief executive, Robert Murray. In the letters, obtained by The Associated Press, Murray said failing to act would cause thousands of coal miners to be laid off and put the pensions of thousands more in jeopardy. One of Murray's letters said Trump agreed and told Energy Secretary Rick Perry, "I want this done" in Murray's presence.

"We look at the facts of each issue and consider the authorities we have to address them, but with respect to this particular case at this particular time, the White House and the Department of Energy are in agreement that the evidence does not warrant the use of this emergency authority," Hynes said in a statement Sunday.

The aid Murray sought from Trump involves invoking a little-known section of the U.S. Federal Power Act that allows the Energy Department to temporarily intervene when the nation's electricity supply is threatened by an emergency, such as war or natural disaster. Among other measures, it temporarily exempts power plants from obeying environmental laws. In the past, the authority has been used sparingly, such as during the California energy crisis in 2000 and following Hurricane Katrina in 2005. The Obama administration never used it. The Trump administration has used it twice in seven months in narrow instances.

Murray's company is seeking a two-year moratorium on closures of coal-fired power plants, which would be an unprecedented federal intervention in the nation's energy markets. The company said invoking the provision under the Power Act was "the only viable mechanism" to protect the reliability of the nation's power supply. 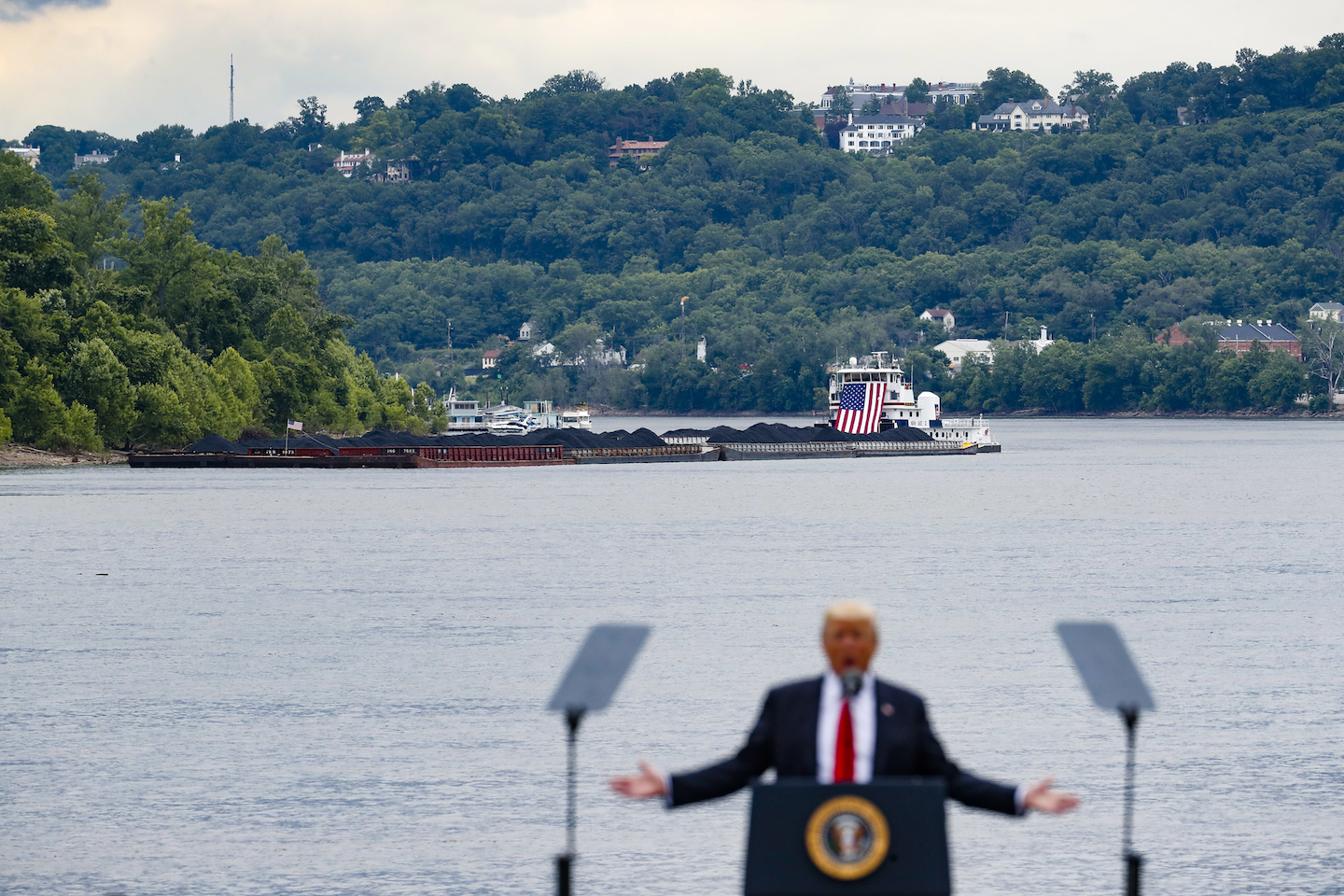 Murray told the White House that his key customer, Ohio-based electricity company FirstEnergy Solutions, was at immediate risk of bankruptcy. Without FirstEnergy's plants burning his coal, Murray said his own company would be forced into "immediate bankruptcy," triggering the layoffs of more than 6,500 miners. FirstEnergy acknowledged to the AP that bankruptcy of its power-generation business was a possibility.

Murray urged Trump to use the provision in the Federal Power Act to halt further coal plant closures by declaring an emergency in the electric power grid.

After a conversation with Trump at a July 25 political rally in Youngstown, Ohio, Murray wrote, the president told Perry three times, "I want this done." Trump also directed the emergency order be given during an Aug. 3 conversation in Huntington, West Virginia, he said.

"As stated, disastrous consequences for President Trump, our electric power grid reliability, and tens of thousands of coal miners will result if this is not immediately done," he wrote.

Murray's claims raise the possibility that Trump was warned against the move by his advisers — some of whom are known to be more cautious — or that he simply made assurances to Murray to avoid immediate confrontation. The people who worked on the decision most directly were Perry, Michael Catanzaro, who works under National Economic Council director Gary Cohn as the top White House energy adviser, and Perry's chief of staff, Brian McCormack, U.S. officials told the AP. They spoke only on condition of anonymity because they were not authorized to discuss internal policy considerations by name.

Murray and his company have been impassioned supporters of Trump, donating hundreds of thousands of dollars to his campaign and inauguration, hosting fundraisers and embracing him as the rescuer of the Appalachian coal industry. The friendliness has been mutual: When Trump repealed an Obama administration regulation barring coal companies from dumping mine waste in streams, Murray and his sons were invited for the signing.

The Energy Department has already informed Murray it will not invoke the law, an official with knowledge of the decision told the AP.

Coal has become an increasingly unattractive fuel for U.S. electricity companies, which have been retiring old boilers at a record pace. At least two dozen big coal-fired plants are scheduled to shut down in coming months as utilities transition to new steam turbines fueled by cleaner-burning natural gas made more abundant in recent years by new drilling technologies.

Trump, who rejects the consensus of scientists that burning fossil fuels is causing global warming, has made reversing the coal industry's decline a cornerstone of his administration's energy and environmental policies. Since taking office, he announced that the U.S. will withdraw from the Paris climate accord, and he has moved to block or delay Obama-era regulations seeking to limit carbon emissions.

Other coal executives have urged similar government intervention to save their businesses. In a speech last week, the CEO of Peabody Energy Corp., the nation's largest coal producer, also said a two-year moratorium on coal-plant closures was needed.

Perry has already twice invoked the Federal Power Act in narrow ways at the request of utilities seeking to keep old coal-burning plants online past their planned retirement dates. In both cases, the utilities were allowed to continue operations at plants amid concerns that shutting them down could lead to regional shortages in electricity.