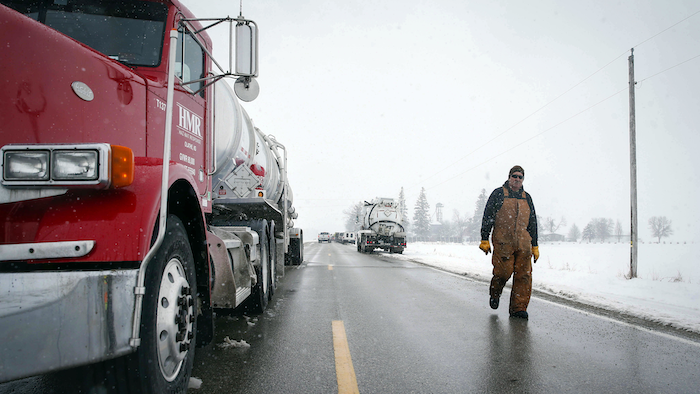 Vehicles line the shoulder of a road as crews work to clean up after a pipeline leak in Worth County, north of Hanlontown Iowa, on Wednesday, Jan. 25, 2017. According to the Worth County Sheriff's Office, approximately 82,000 gallons of diesel fuel has le

Workers were expected to complete cleaning up Thursday about 140,000 gallons of diesel fuel that spewed from a broken pipeline onto an Iowa farm, the largest U.S. diesel spill since 2010, federal authorities said.

Vacuum trucks were sucking up the fuel that spilled onto an acre of grass and tilled farmland when the pipeline broke.

About 18 percent of the liquid had been removed, and no fuel entered rivers or streams, Iowa Department of Natural Resources spokesman Jeff Vansteenburg early on Thursday. No farm field drain lines have been severed so fuel can't flow into waterways, he said.

Contaminated snow and diesel are being hauled to a Minneapolis, Minnesota, facility. Contaminated soil will be excavated and taken to a landfill near Clear Lake, Iowa, Vansteenburg said. 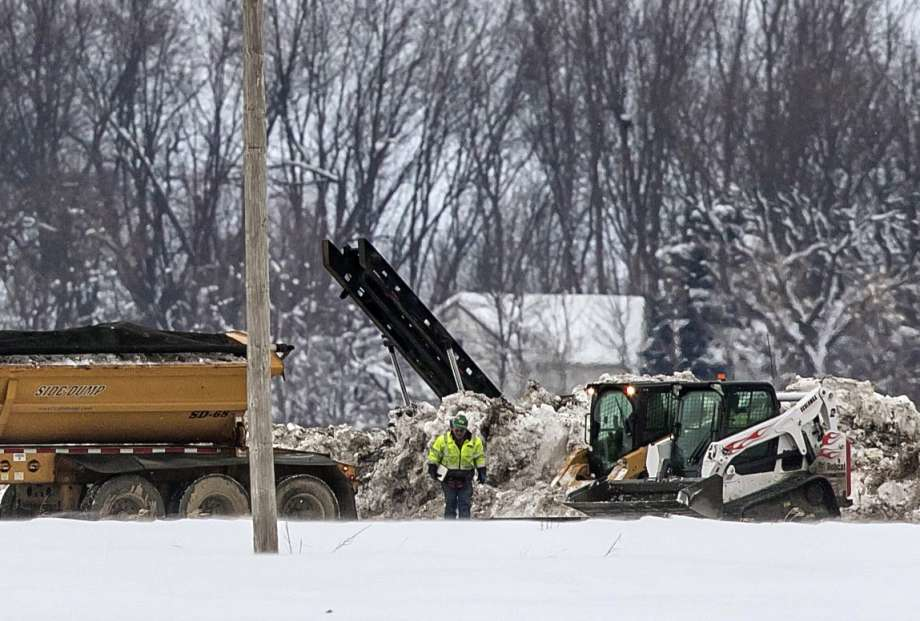 Crews work Thursday, Jan. 26, 2017, to clean up a diesel fuel spill after a pipeline owned by Magellan Midstream Partners broke at about 8 a.m. near Hanlontown, Iowa on Wednesday. (Chris Zoeller /Globe-Gazette via AP)

More than 70 Magellan representatives, local responders, regulators and contractors were on site Thursday morning, Magellan spokesman Bruce Heine said. No injuries were reported and no evacuations needed. He said the cause of the leak is under investigation.

"Although we expect to begin pipeline repairs later today, we do not have an estimate when pipeline operations will resume on the affected segment of our system," Heine said on Thursday. "We do not expect this incident to disrupt supply of gasoline, diesel and other refined petroleum products in the region."

The pipeline was built in the early 1950s, but Heine said the age of a pipeline is not a safety factor when it's adequately inspected and maintained.

The 127-mile stretch of pipe runs from Rosemount, Minnesota to Mason City, Iowa.

The incident is the sixth largest refined petroleum spill reported by companies to the U.S. Department of Transportation this decade and the largest diesel spill since January 2010, according to the department's Pipeline and Hazardous Materials Safety Administration records.

During that time 807s spill have been reported causing $342 million in estimated property damage releasing more than 3 million gallons of gas, diesel fuel and other petroleum products. 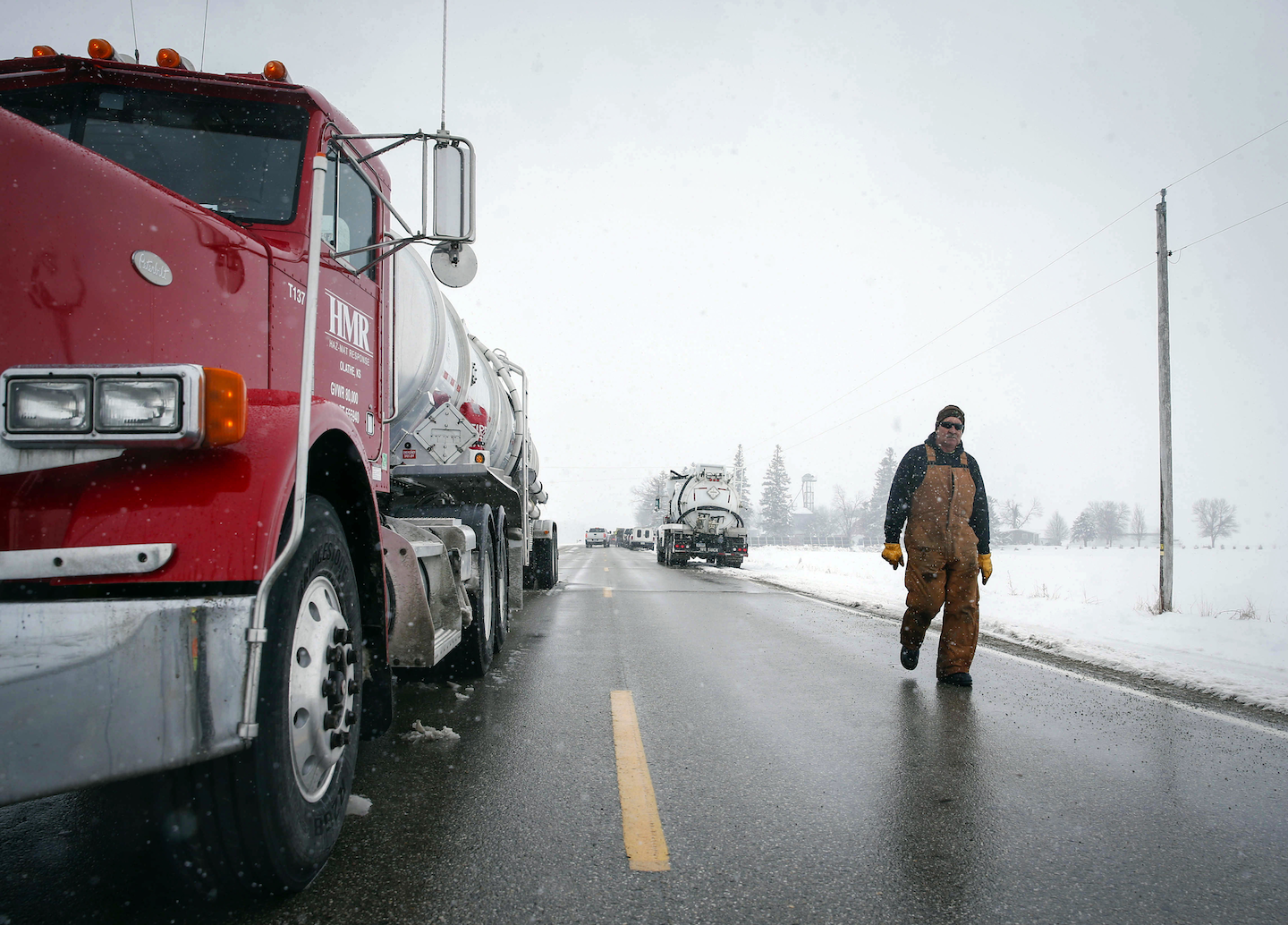 Vehicles line the shoulder of a road as crews work to clean up after a pipeline leak in Worth County, north of Hanlontown Iowa, on Wednesday, Jan. 25, 2017. According to the Worth County Sheriff's Office, approximately 82,000 gallons of diesel fuel has le

Magellan, which has nearly 11,000 miles of hazardous liquid pipelines, has had 218 accidents causing more than $48 million in property damage since 2006. Those accidents spilled more than 832,000 gallons of petroleum products.

Over the past decade, Magellan had 40 enforcement cases against it for pipeline safety violations, resulting in $1.4 million in proposed penalties.

The farm site is located three miles north and one mile east of Hanlontown, which is 124 miles north of Des Moines.

The leak comes at a time when President Donald Trump has vowed to renew construction on both of those massive pipeline projects, which have been held up by government regulators after vigorous protests from environmentalists and Native American groups.

"We've been saying all along it's not a question of if a pipeline will leak, it's a question of when and where and how bad it will be," Fallon said.

Federal government data shows Iowa had 13 serious pipeline incidents with one fatality and 16 injuries between 1996 and 2015. Serious incidents include a fatality or injury requiring in-patient hospitalization.