Carmakers hope low-emissions vehicles and technology strategies will let them profit from sweeping changes expected to hit the industry in the next few years.

Carmakers at the Frankfurt auto show are unveiling the low-emissions vehicles and technology strategies they hope will let them profit from the sweeping changes expected to hit the auto industry in the next few years.

Daimler AG's Mercedes-Benz on Tuesday unveiled a compact electric vehicle under its EQ sub-brand that showcases its efforts to make connected, electric, shared and autonomous vehicles. The EQA has two electric motors that can give it different driving characteristics depending on which mode the driver chooses.

The Stuttgart-based automaker also had the GLC F-Cell, a "pre-production" model of a battery-fuel cell hybrid SUV that can run on hydrogen and emits only water vapor.

BMW AG is showing off the four-door i Vision Dynamics electric concept vehicle to join its i3 and i8 electric models. The company says the i Vision Dynamics can hit 200 kph (124 mph) and accelerate to 100 kph (62 mph) in a quick 4.0 seconds.

Carmakers are spending heavily to develop and improve electric cars to meet increasingly tough government regulations limiting air pollution. That is even though current electric models do not enjoy high sales because of limited range, higher price, and a lack of fast-charging stations. Analysts think that as batteries get better and costs come down, electric sales may eventually take off. According to research and analytics firm IHS Markit, battery-only cars were 0.57 percent of global production in 2016 and will increase to 0.86 percent in 2017.

Britain and France have proposed eliminating internal-combustion cars by 2040. China's industry ministry is developing a timetable to end production and sale of traditional fuel cars and will promote development of electric technology, state media reported Sunday.

The company said that depending on market developments it could sell 3 million battery-only vehicles a year in 2025.

"Now the big question that everyone is asking is, 'When will we see (electric cars) in mass volume?'" Volkswagen CEO Matthias Mueller said Monday ahead of the show. "But it is not just a matter of what is being offered from manufacturers but also the electric charging infrastructure. That's why it is important to have a fact-based conversation about the urgent problems with electric mobility and how they can be solved. This needs to be discussed jointly, with electricity companies, with states, with local authorities."

The arrival of battery-powered cars is just one anticipated change. Automakers are also searching for ways to adapt to a future in which people find ways of getting from one place to another without necessarily owning a car, such as car-sharing or ride-hailing through smartphone apps. They are also working on developing autonomous vehicles that could drive themselves — under limited circumstances such as corporate campuses or limited access freeways at first, and possibly more widely later.

The three German luxury carmakers were the home team and showed it with large display areas. Some other carmakers are skipping the Frankfurt show this year because of costs, the ability to display cars in other ways, like livestreams, and less focus on Germany and Europe as a market. No-shows include Fiat Chrysler's namesake Fiat and its Jeep and Alfa Romeo brands, Peugeot and its DS luxury division, plus Nissan, Infiniti and Volvo. General Motors, which sold its European subsidiary to PSA Group, is also not attending.

Even Porsche, part of Volkswagen, didn't wait for the show but showed off its new Cayenne SUV on Aug. 29 with an elaborate streamed event from its base in Stuttgart, Germany.

Small SUVs are also a theme at the show as manufacturers crowd into a segment that has proven a winner with consumers. New offerings of SUV or SUV-like body stylings on compact car platforms include: Volkswagen's T-Roc, the SEAT Arona, Jaguars E-Pace, Kia Stonic, Citroen C3 Aircross and the Skoda Karoq.

And high-end cars remain a fixture as before. Daimler unveiled its Mercedes-Benz-AMG Project ONE, a low-slung, race-car like two-seat hybrid with an overhead air scoop and a long carbon-fiber tail fin. It generates 1,000 horsepower for a top speed of 350 kph (217 mph). 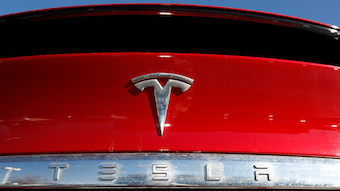 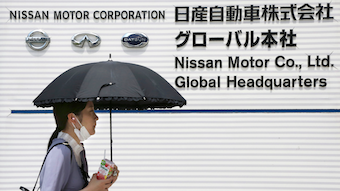 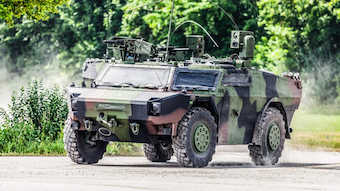 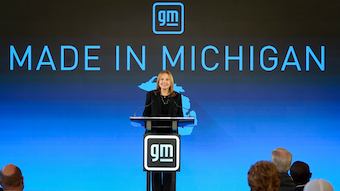